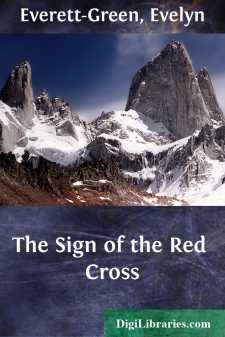 CHAPTER I. A WARNING WHISPER.

"Heaven send you may be right, good friend," quoth Rachel Harmer, as she sat beside her spinning wheel, and spoke to the accompaniment of its pleasant hum. "And yet, methinks, the vice and profligacy of this great city, and the lewdness and wanton wickedness of the Court, are enough to draw down upon us the judgments of Almighty God. The sin and the shame of it must be rising up before Him day and night."

The Master Builder moved a little uneasily in his seat. For his own part he thought no great harm of the roistering, gaming, and gallantries of the Court dandies. He knew that the times were very good for him. Fine ladies were for ever sending for him to alter some house or some room. Gay young husbands, or those who thought of becoming husbands, were seldom content nowadays without pulling their house about their ears, and rebuilding it after some new-fangled fashion copied from France. Or if the structure were let alone, the plenishings must be totally changed; and Master Charles Mason, albeit a builder by trade, and going generally amongst his acquaintances and friends by the name of Master Builder, had of late years taken to a number of kindred avocations in the matter of house plenishings, and so forth. This had brought him no small profit, as well as intimate relations with many a fine household and with many grand folks. Money had flowed apace into his pocket of late. His wife had begun to go about so fine that it was well for her the old sumptuary laws had fallen into practical disuse. His son was an idle young dog, chiefly known to the neighbourhood as being the main leader of a notorious band of Scourers, of which more anon, and many amongst his former friends and associates shook their heads, and declared that Charles Mason was growing so puffed up by wealth that he would scarce vouchsafe a nod to an old acquaintance in the street, unless he were smart and prosperous looking.

The Master Builder had a house upon Old London Bridge. Once he had carried on his business there, but latterly he had grown too fine for that. To the disgust of his more simple-minded neighbours, he had taken some large premises in Cheapside, where he displayed many fine stuffs for upholstering and drapery, where the new-fashioned Indian carpets were displayed to view, and fine gilded furniture from France, which a little later on became the rage all through the country. His own house was now nothing more than a dwelling place for himself and his family; even his apprentices and workmen were lodged elsewhere. The neighbours, used to simpler ways, shook their heads, and prophesied that the end of so much pride would be disaster and ruin....