The Shield of Silence 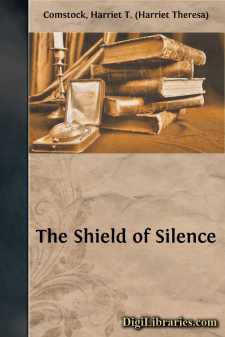 "Wait and thy soul shall speak."

There is, in the human soul, as in the depths of the ocean, a state of eternal calm. Around it the waves of unrest may surge and roar but there peace reigns. In that sanctuary the tides are born and, in their appointed time, swelling and rising, they carry the poor jetsam and flotsam of life before them.

The tide was rising in the soul of Meredith Thornton; she was awake at last. Awake as people are who have lived with their faculties drugged. The condition was partly due to the education and training of the woman, and largely to her own ability in the past to close her senses to any conception of life that differed from her desires. She had always been like that. She loved beauty and music; she loved goodness and happiness; she loved them whom she loved so well that she shut all others out. Consequently, when Life tore her defences away she had no guidance upon which to depend but that which had lain hidden in the secret place of her soul.

As a little child Meredith and her older sister, Doris, lived in New York. Their house had been in the Fletcher family for three generations and stood at the end of a dignified row, opposite a park whose iron gates opened only to those considered worthy of owning a key—the Fletchers had a key!

In the park the little Fletcher girls played—if one could call it play—under the eye of a carefully selected maid whose glance was expected to rest constantly upon them. The anxious father tried to do his double duty conscientiously, for the mother had died at Meredith's birth.

The children often peered through the high fence (it really was more fun than the stupid games directed by their elders) and wondered—at least Doris wondered; Meredith was either amused or shocked; if the latter it was an easy matter to turn aside. This hurt Doris, and to her plea that the thing was there, Meredith returned that she did not believe it, and she did not, either.

Once, shielded by the skirts of an outgoing maid, Doris made her escape and, for two thrilling and enlightening hours, revelled in the company of the Great Unknown who were not deemed worthy of keys.

Doris had found them vital, absorbing, and human; they changed the whole current of her life and thought; she was never the same again, neither was anything else.

The nurse was at once dismissed and Mr. Fletcher placed his daughters in the care of Sister Angela, who was then at the head of a fashionable school for girls—St. Mary's, it was called.

Sister Angela believed in keys but had ideas as to their uses and the good sense to keep them out of sight.

Under her wise and loving rule Doris Fletcher never suspected the hold upon her and, while she did not forget the experience she had once had outside the park, she no longer yearned to repeat it, for the present was wholesomely full. As for Meredith, she felt that all danger was removed—for Doris; for herself, what could shatter her joy? It was only running outside gates that brought trouble.

Mr. Fletcher at this time proved his gratitude and affection in a delicate and understanding way. He bought a neglected estate in the South and provided a sufficient sum of money for its restoration and upkeep, and this he put in Sister Angela's care.

"There is need of such work as you can do there," he said; "and it has always been a dream of my life to help those people of the hills. Sister, make my dream come true."

Angela at once got in touch with Father Noble, who was winning his way against great odds in the country surrounding Silver Gap, and offered her services.

"Come and live here," Father Noble replied. "It is all we can do at present. They do not want us," he had a quaint humour, "but we must change that."

Mr. Fletcher did not live long enough to see his dream do more than help prolong Sister Angela's days, for he died a year later leaving, to his daughters, a large fortune, well invested, and no commands as to its use. This faith touched both girls deeply.

"I want to travel and see all the beautiful things in the world," Meredith said when the time for expression came.

"Yes, dear," Doris replied, "and you must learn what life really means."

Naturally at this critical moment both girls turned to Sister Angela, but with the rare insight that had not deserted her, she held them from her, though her heart hungered for them.

"Ridge House is in the making," she wrote. "I am going slow, making no mistakes. I am asking some Sisters who, like me, have fallen by the way, to come here and help me with my scheme, and in the confusion of readjustment, two young girls, who ought to be forming their own plans, would be sadly in the way....