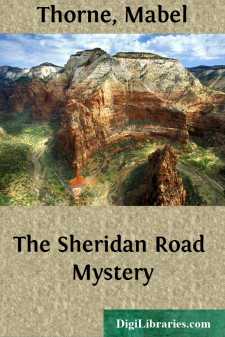 Add to My Favorites
Published: 8 years ago
Downloads: 106
Rating: (0 Votes)

It was a still, balmy night in late October. The scent of burned autumn leaves hung in the air, and a hazy moon, showing just over the housetops, deepened the shadows on the streets.

Policeman Murphy stopped far a moment, as was his custom, at the corner of Lawrence Avenue and Sheridan Road. He knew that it was about two o'clock in the morning as that was the hour at which he usually reached this point. He glanced sharply up and down Sheridan Road, which at that moment seemed to be completely deserted save for the distant red tail-light of a belated taxi, the whir of whose engine came to him quite distinctly on the quiet night air.

Instantly his body quickened with an awakened alertness, and he glanced east and west along the lonely stretch of Lawrence Avenue. He saw nothing, and concluded that the sound he had heard must have come from one of the many apartment buildings which surrounded him.

Murphy pondered for a moment. Was it a burglary, a domestic row, or perhaps a murder? The position of the shot was hard to locate, for it had been but the sound of a moment on the still night. Murphy, however, decided to take a chance, and started stealthily north on Sheridan Road, keeping within the shadow that clung to the buildings.

He had moved only a short distance in this way when a man in a bath robe dashed out of the doorway of an apartment house just ahead of him and ran north. Murphy instantly broke into pursuit. At the sound of his heavily shod feet on the pavement, the man in the bath robe stopped and turned. Murphy slowed up and the man advanced to meet him.

"I'm glad you're handy, Officer," panted the man. "I think somebody has been murdered in our building. Come and investigate."

"Sure," assented Murphy. "That's what I'm here for," and as they mounted the steps of the apartment house, he inquired, "What flat was it?"

"The top floor on the north side," replied the man, who then informed Murphy that his name was Marsh, and that he lived on the second floor, just below this apartment. "You see," Marsh continued, "a little while ago my wife and I were awakened by a noise in the apartment over us. It sounded like a struggle of some kind. As we listened we felt sure that several people were taking part in it. Suddenly there was a shot, and a sound followed as if a body had fallen to the floor. After that there was absolute silence. I hastily put on my bath robe, and was hurrying out to find a policeman when I met you."

By this time, Marsh, with Murphy at his heels, had reached the door of the third floor apartment. Murphy placed a thick forefinger on the button of the electric hell and rang it sharply several times. The men could distinctly hear the clear notes of the bell, but no other sound reached them. Again Murphy pressed the button without response.

"Murder, all right, I guess," muttered Murphy, "and the guy's probably slipped down the back stairs. Who lives here, anyway?" he inquired, turning to Marsh....