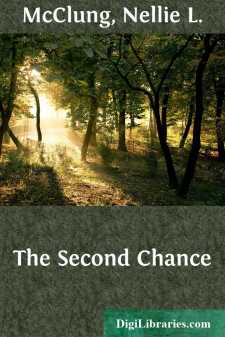 Add to My Favorites
Published: 8 years ago
Downloads: 98
Rating: (0 Votes)

In the long run all love is paid by love,    Tho' undervalued by the hosts of earth.  The great eternal government above    Keeps strict account, and will redeem its worth.  Give thy love freely; do not count the cost;    So beautiful a thing was never lost          In the long run.

THOMAS PERKINS was astonished beyond words. Martha had asked for money! The steady, reliable, early-to-bed, early-to-rise Martha—the only one of his family that was really like his own people. If he could believe his senses, Martha had asked for two dollars in cash, and had distinctly said that due bills on the store would not do!

If Martha had risen from her cradle twenty-five years ago and banged her estimable parent in the eye with her small pink fist, he could not have been more surprised than he was now! He stared at her with all this in his face, and Martha felt the ground slipping away from her. Maybe she shouldn't have asked for it!

She went over the argument again. "It's for a magazine Mrs. Cavers lent me. I would like to get it every month—it's—it's got lots of nice things in it." She did not look at her father as she said this.

"By George!" he said. "You youngsters never think how the money comes. You seem to think it grows on bushes!"

Martha might have said that spring frost must have nipped the buds for the last twenty-five years, but she did not. Ready speech was not one of Martha's accomplishments, so she continued to pleat her apron into a fan and said nothing.

"Here the other day didn't I send thirty-nine dollars into Winnipeg to get things for the house, and didn't I get you an eighteen-dollar wallaby coat last year, and let you wear it week days and all, and never said a word?"

Martha might have reminded him that she was watering and feeding the stock, and saving the wages of a hired man, while she was wearing the wallaby coat, but she said not a word.

"You get a queer old lot more than I got when I was a young shaver, let me tell you. I've often told you young ones how I left home, when I was nine years old, with the wind in my back—that's all I got from home—and with about enough clothes on me to flag a train with. There wasn't any of these magazines then, and I don't know as they do any good, anyway. Poor old Ann Winters sent away her good, hard-earned dollar to some place in the States, where they said: 'Send us a dollar, and we'll show you how to make fifty; light employment; will not have to leave home; either ladies or gentlemen can do it.' She saw this in a magazine and sent her dollar, and what she got was a pretty straight insult, I think. They wrote back, 'put an advertisement like ours in some paper, and get fifty people like yourself to answer it.' There's a magazine for you!"

Martha looked at him helplessly. "I promised Mrs. Cavers I'd take it. She's making a little money that way, to get a trip home this Christmas," she said, locking and unlocking her fingers, the rough, toil-worn joints of which spoke eloquently in her favour, if the old man had had eyes to see them....