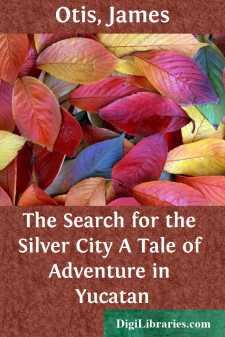 Three years ago last August, it is unnecessary to specify the exact date, Teddy Wright was not only a very lonely fellow, but considered himself abused by circumstances.

During the previous season he had studied very hard at the military school on the Hudson which he often referred to slightingly as "the barracks," and as a reward for the flattering reports sent home by his teachers, had been promised a long vacation in the Adirondacks with a schoolmate who lived in the northern portion of New York state.

Teddy's parents and sisters intended spending the summer at some one of the fashionable watering places; but with three long months of "roughing it" where game could be found in abundance, he had no desire to accompany them.

"Life in the woods knocks staying at a big hotel on the sea-shore, where a fellow is obliged to be dressed up all the time," he said when one of his sisters expressed surprise at his choice. "We shall regularly camp out, and father has given me a doubled-barreled breech-loader, to say nothing of his own rod and collection of flies. Jack and I will have the jolliest kind of a time while you're moonin' on the hot sands trying to think it is fun."

Teddy went to Jack's home, and, to his sorrow and dismay, found that young gentleman so ill that there was no hope of his being allowed to take the long-contemplated trip.

He remained there, however, until perfectly certain of this unpleasant fact, and then returned home to the house which had been left in charge of one servant, and, as he expressed it, "just to spite himself," refused to join the remainder of the family.

Of course this was a most foolish proceeding; but Teddy was in that frame of mind where a boy of seventeen is prone to foolish deeds, and there he stayed in a frame of mind very nearly approaching the sulks, until he received a letter from Neal Emery, another schoolmate, whose father lived in Bridgeport.

Mr. Emery owned a large factory in that city, and Neal had intended to spend his vacation at home where he could enjoy the use of a small sloop-rigged yacht his mother had presented him with the year previous.

The letter contained a very pressing invitation for Teddy to visit Bridgeport, since his trip to the Adirondacks had been postponed, and concluded with the startling announcement:

"Father has just bought the Sea Dream, a beautiful steam yacht of an hundred feet in length, and I don't know how many tons. He proposes to cruise around three or four weeks while mother is at Bar Harbor, and is perfectly willing I should invite you to join us. We will have a jolly time, and if nothing prevents I want you to come at once. We are to start Wednesday morning."

The letter had been received Monday afternoon, therefore Teddy had but little time for preparation.

He first sent a long telegram to his father, repeating the substance of what Neal had written, and asked permission to enroll himself on the Sea Dream's passenger list.

Not until late in the evening did he receive a favorable reply; but his traps, including the gun and fishing tackle, were packed, and on the first train Tuesday morning he started, all traces of ill-humor having vanished, for a cruise on a steam yacht promised quite as great pleasure as had the stay in the woods, with not so much certainty of hard work....