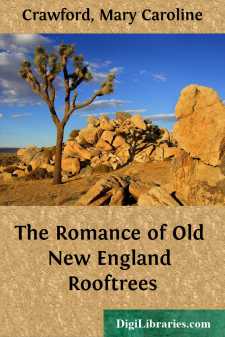 THE HEIR OF SWIFT'S VANESSA

Nowhere in the annals of our history is recorded an odder phase of curious fortune than that by which Bishop Berkeley, of Cloyne, was enabled early in the eighteenth century to sail o'erseas to Newport, Rhode Island, there to build (in 1729) the beautiful old place, Whitehall, which is still standing. Hundreds of interested visitors drive every summer to the old house, to take a cup of tea, to muse on the strange story with which the ancient dwelling is connected, and to pay the meed of respectful memory to the eminent philosopher who there lived and wrote.

The poet Pope once assigned to this bishop "every virtue under heaven," and this high reputation a study of the man's character faithfully confirms. As a student at Dublin University, George Berkeley won many friends, because of his handsome face and lovable nature, and many honours by reason of his brilliancy in mathematics. Later he became a fellow of Trinity College, and made the acquaintance of Swift, Steele, and the other members of that brilliant Old World literary circle, by all of whom he seems to have been sincerely beloved.

A large part of Berkeley's early life was passed as a travelling tutor, but soon after Pope had introduced him to the Earl of Burlington, he was made dean of Derry, through the good offices of that gentleman, and of his friend, the Duke of Grafton, then Lord Lieutenant of Ireland. Berkeley, however, never cared for personal aggrandisement, and he had long been cherishing a project which he soon announced to his friends as a "scheme for converting the savage Americans to Christianity by a college to be erected in the Summer Islands, otherwise called the Isles of Bermuda."

In a letter from London to his lifelong friend and patron, Lord Percival, then at Bath, we find Berkeley, under date of March, 1723, writing thus of the enterprise which had gradually fired his imagination: "It is now about ten months since I have determined to spend the residue of my days in Bermuda, where I trust in Providence I may be the mean instrument of doing great good to mankind. The reformation of manners among the English in our western plantations, and the propagation of the gospel among the American savages, are two points of high moment. The natural way of doing this is by founding a college or seminary in some convenient part of the West Indies, where the English youth of our plantations may be educated in such sort as to supply their churches with pastors of good morals and good learning—a thing (God knows) much wanted. In the same seminary a number of young American savages may also be educated until they have taken the degree of Master of Arts. And being by that time well instructed in the Christian religion, practical mathematics, and other liberal arts and sciences, and early imbued with public-spirited principles and inclinations, they may become the fittest instruments for spreading religion, morals, and civil life among their countrymen, who can entertain no suspicion or jealousy of men of their own blood and language, as they might do of English missionaries, who can never be well qualified for that work."

Berkeley then goes on to describe the plans of education for American youths which he had conceived, gives his reasons for preferring the Bermudas as a site for the college, and presents a bright vision of an academic centre from which should radiate numerous beautiful influences that should make for Christian civilisation in America....