The Rise of the Democracy 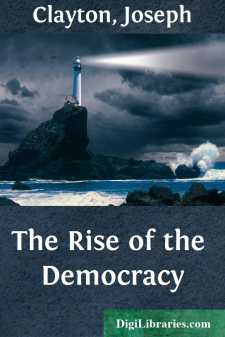 Our business here is to give some plain account of the movement towards democracy in England, only touching incidentally on the progress of that movement in other parts of the world. Mainly through British influences the movement has become world wide; and the desire for national self-government, and the adoption of the political instruments of democracy—popular enfranchisement and the rule of elected representatives—are still the aspirations of civilised man in East and West. The knowledge that these forms of democratic government have by no means at all times and in all places proved successful does not check the movement. As the British Parliament and the British Constitution have in the past been accepted as a model in countries seeking free political institutions, so to-day our Parliament and our Constitutional Government are still quoted with approval and admiration in those lands where these institutions are yet to be tried.

The rise of democracy, then, is a matter in which Britain is largely concerned; and this in spite of the fact that in England little respect and less attention has been paid to the expounders of democracy and their constructive theories of popular government. The notion that philosophers are the right persons to manage affairs of state and hold the reins of Government has always been repugnant to the English people, and, with us, to call a man "a political theorist" is to contemn him. The English have not moved towards democracy with any conscious desire for that particular form of government, and no vision of a perfect State or an ideal commonwealth has sustained them on the march. Our boast has been that we are a "practical" people, and so our politics are, as they ever have been, experimental. Reforms have been accomplished not out of deference to some moral or political principle, but because the abuse to be remedied had become intolerable. Dissatisfaction with the Government and the conviction that only by enfranchisement and the free election of representatives can Parliament remove the grounds of dissatisfaction, have carried us towards democracy.

We have been brought to accept Abraham Lincoln's famous phrase, "Government of the people, by the people, for the people," as a definition of democracy; but in that acceptance there is no harking back to the early democracies of Greece or Rome, so beloved by the French democrats of the eighteenth century, who, however, knew very little about those ancient states—or any vain notion of restoring primitive Teutonic democracy.

The sovereign assemblies of Greece—the Ecclesia of Athens, and the Apella of Sparta—the Comitia Centuriata of Rome, have no more resemblance to democracy in the twentieth century than the Witenagemot has to the British Parliament; and the democracy which has arisen in modern times is neither to be traced for its origin to Greece or Rome, nor found to be evolved from Anglo-Saxon times....