The Railroad Builders; a chronicle of the welding of the states 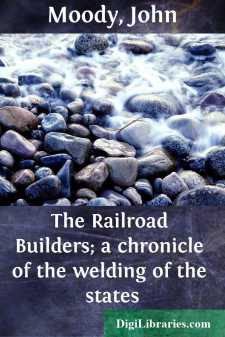 CHAPTER I. A CENTURY OF RAILROAD BUILDING

The United States as we know it today is largely the result of mechanical inventions, and in particular of agricultural machinery and the railroad. One transformed millions of acres of uncultivated land into fertile farms, while the other furnished the transportation which carried the crops to distant markets. Before these inventions appeared, it is true, Americans had crossed the Alleghanies, reached the Mississippi Valley, and had even penetrated to the Pacific coast; thus in a thousand years or so the United States might conceivably have become a far-reaching, straggling, loosely jointed Roman Empire, depending entirely upon its oceans, internal watercourses, and imperial highways for such economic and political integrity as it might achieve. But the great miracle of the nineteenth century—the building of a new nation, reaching more than three thousand miles from sea to sea, giving sustenance to more than one hundred million free people, and diffusing among them the necessities and comforts of civilization to a greater extent than the world had ever known before is explained by the development of harvesting machinery and of the railroad.

The railroad is sprung from the application of two fundamental ideas—one the use of a mechanical means of developing speed, the other the use of a smooth running surface to diminish friction. Though these two principles are today combined, they were originally absolutely distinct. In fact there were railroads long before there were steam engines or locomotives. If we seek the real predecessor of the modern railroad track, we must go back three hundred years to the wooden rails on which were drawn the little cars used in English collieries to carry the coal from the mines to tidewater. The natural history of this invention is clear enough. The driving of large coal wagons along the public highway made deep ruts in the road, and some ingenious person began repairing the damage by laying wooden planks in the furrows. The coal wagons drove over this crude roadbed so successfully that certain proprietors started constructing special planked roadways from the mines to the river mouth. Logs, forming what we now call "ties," were placed crosswise at intervals of three or four feet, and upon these supports thin "rails," likewise of wood, were laid lengthwise. So effectually did this arrangement reduce friction that a single horse could now draw a great wagon filled with coal—an operation which two or three teams, lunging over muddy roads, formerly had great difficulty in performing. In order to lengthen the life of the road, a thin sheeting of iron was presently laid upon the wooden rail. The next improvement was an attempt to increase the durability of the wagons by making the wheels of iron. It was not, however, until 1767, when the first rails were cast entirely of iron with a flange at one side to keep the wheel steadily in place, that the modern roadbed in all its fundamental principles made its appearance. This, be it observed, was only two years after Watt had patented his first steam engine, and it was nearly fifty years before Stephenson built his first locomotive....