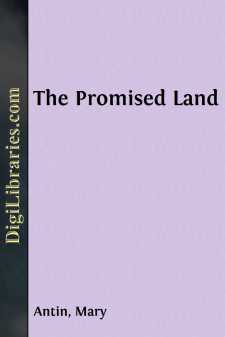 I was born, I have lived, and I have been made over. Is it not time to write my life's story? I am just as much out of the way as if I were dead, for I am absolutely other than the person whose story I have to tell. Physical continuity with my earlier self is no disadvantage. I could speak in the third person and not feel that I was masquerading. I can analyze my subject, I can reveal everything; for she, and not I, is my real heroine. My life I have still to live; her life ended when mine began.

A generation is sometimes a more satisfactory unit for the study of humanity than a lifetime; and spiritual generations are as easy to demark as physical ones. Now I am the spiritual offspring of the marriage within my conscious experience of the Past and the Present. My second birth was no less a birth because there was no distinct incarnation. Surely it has happened before that one body served more than one spiritual organization. Nor am I disowning my father and mother of the flesh, for they were also partners in the generation of my second self; copartners with my entire line of ancestors. They gave me body, so that I have eyes like my father's and hair like my mother's. The spirit also they gave me, so that I reason like my father and endure like my mother. But did they set me down in a sheltered garden, where the sun should warm me, and no winter should hurt, while they fed me from their hands? No; they early let me run in the fields—perhaps because I would not be held—and eat of the wild fruits and drink of the dew. Did they teach me from books, and tell me what to believe? I soon chose my own books, and built me a world of my own.

In these discriminations I emerged, a new being, something that had not been before. And when I discovered my own friends, and ran home with them to convert my parents to a belief in their excellence, did I not begin to make my father and mother, as truly as they had ever made me? Did I not become the parent and they the children, in those relations of teacher and learner? And so I can say that there has been more than one birth of myself, and I can regard my earlier self as a separate being, and make it a subject of study.

A proper autobiography is a death-bed confession. A true man finds so much work to do that he has no time to contemplate his yesterdays; for to-day and to-morrow are here, with their impatient tasks. The world is so busy, too, that it cannot afford to study any man's unfinished work; for the end may prove it a failure, and the world needs masterpieces. Still there are circumstances by which a man is justified in pausing in the middle of his life to contemplate the years already passed. One who has completed early in life a distinct task may stop to give an account of it. One who has encountered unusual adventures under vanishing conditions may pause to describe them before passing into the stable world. And perhaps he also might be given an early hearing, who, without having ventured out of the familiar paths, without having achieved any signal triumph, has lived his simple life so intensely, so thoughtfully, as to have discovered in his own experience an interpretation of the universal life....