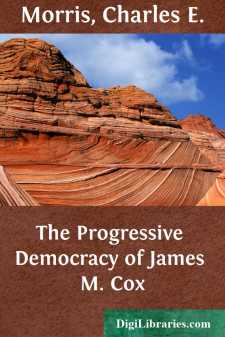 CHAPTER I THE NEED FOR A DOER

There come times in the affairs of men which call for "not a forgetful hearer, but a doer of the work." Such a time is at hand. A great war, the most devastating in history, has been concluded. Its moral lesson has been taught by its master minds and learned in penitence, we may hope, by the erring and wrongly willful. But the fruits of victory are ungathered and the beneficence of peace is not yet attained. The call arises for a "doer of the work."

Two great political parties in the United States, both with splendid accomplishments behind them and both with grave mistakes as well, have attempted to respond to this call, and America, whose proudest boast is that it has always found a man for every great occasion, chooses between them. It is a solemn and serious hour. For it has been America's special fortune that its great teachers and leaders and doers have been found at just the proper time.

This knowledge of the certain right decision of our country is, we might almost say, a part of its very fiber abiding with the persistency of a fixed idea, a part of the heritage of the nation, scarcely needing to be taught in the schools, obvious even to the casual student from an alien land. For our historical records glow with the stories of the appearance of the man; and the thought of a friendly destiny seems not easy to banish. Time has given so often either the inspired teacher of the word or the doer of the work that there is more than a faith and a hope, nay almost a conviction, that it cannot fail now when the agonized appeal of the world beckons America to complete her high mission to humanity upon which she embarked when she threw her power and might on the scales in war.

Those who insist that the fulfillment of that mission lies in keeping the solemn promises make in France, accepted by friend and foe alike, for a League of Nations to end war, to see that retribution becomes not blind vengeance, to set the tribes of the earth again on their forward journey, present as their leader James Monroe Cox, Governor of Ohio.

A party of traditions, a party that has directed in every critical period save one since the Republic began, has said that he meets the requirements of the time. That party chose him because of his record for doing, because there was an inner conviction that he could enter upon a still larger field with a growing, an ever-expanding capacity.

This, too, furnishes a fitter chapter in the history of country and party. For the wise selection of men, even obscure men, has been the tower of our national strength. America had her Thomas Jefferson to expound for all the world the real underlying truth of her Revolution. The equality of rights and duties spread from a dream of philosophers to be the doctrine of warriors for freedom. There was her George Washington to hold together the tenuous bands of freedom. She found her James Monroe to lay the foundations of the doctrine that stern moral precepts forbid the violation of sovereign rights of the nations....