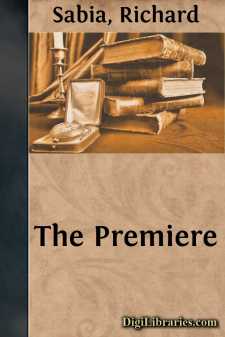 Clamped to the contour couch, the young girl strained against the padded steel grips and screamed. Again she writhed and screamed as she felt the hideous touch of the monster snatching at her. She struggled frenziedly through the muck of the swamp but the thing with the blood eyes scrabbled faster on its rotten limbs. The thing seized her in its obscene embrace. Raw terror tore another scream from her throat. Behind her on the projector a needle slammed into the red zone. Beyond the hundreds of long rows of couches a warning light flashed on the control console of Mezzanine F and its persistent buzz snared the attention of one of the ushers. He glanced at the light's location number and ran along one of the aisles till he came to the girl. He saw that the projector had shut off the feature feelie and was running the emergency tranquil strip. She had stopped screaming but her breathing was still agitated. He looked around at the rows of couches, nearly all occupied but none of the other patrons seemed more frightened than they should be. Some of the other ushers had halted on their rounds and were looking quizzically across at him. He shrugged the question back at them, removed the feelie permit from its clip on the girl's couch and checked the permitted intensity level against the setting of the projector. They matched. Still puzzled, he examined the other settings without discovering any apparent cause for her fright-hysteria. The tranquil strip ended and the machine shut itself off. The usher moved a switch that released the pressure of the electrodes against the girl's head and retracted them into the headset. Her eyes opened as he removed the apparatus and folded back the clamps.

"Feel all right, miss?" he inquired with a solicitous smile.

She nodded, but her eyes still held echoes of alarm.

"Better come down to the clinic," he said gently, assisting her from the couch.

She said nothing but allowed him to lead her along. They stepped into a float shaft and drifted gently down past other floors of the theater occupied by the myriad rows of feelie couches. When they reached what was obviously an office level, the usher grasped a tug bar which pulled them into a corridor opening. He brought her to the clinic and left her with the doctor after explaining what had happened.

The doctor seated her alongside his desk. "How do you feel now?"

She smiled weakly. "All right Ah guess," she said with a soft drawl.

"Let's see," he said looking at her feelie permit, "you are Miss, ah, Loretta Meenan, and, well, you are from Hammond, Louisiana." He looked up at her and smiled. "May I ask how old you are Miss Meenan?"

"A very charming sixteen, I must say. Are you here with your family?"

"Yes. Ma an' pa are at the convention. They let us come to the feelies."

"Eighteen. But he's big, real man-lookin' an' folks who don't know mistake him for past twenty."

"What couch did he have?"

"Next to mine on the left."

The doctor consulted his notepad. "Ah, that would make it number, ah, six thousand forty-two. We'll have one of the ushers bring him down."

"Please don't," she said hastily. "Not 'till the feelie's over anyhow. He'll have the furies with me if he misses the endin' on mah account."

"All right," the doctor agreed amiably. "How are you enjoying your visit to New York?"

"Good. Do you go to the feelies at home?" The doctor saw her tense forward from the curve of the chair.

"Have you ever been badly upset by horror feelies before?"

The doctor was aware of the apprehension behind her guardedness. "Do you have any idea why this one should have upset you so?"

"No, sir, except maybe the excitement. Ah ain't never been much away from home before but once to New Orleans."

The doctor looked at her permit card again. "This isn't a very good likeness of you."

"It does reflect me poorly," she murmured.

"What is your name?"

"Robina Rowe." Her downcast eyes were locked on her fingers squirming in her lap.

"Why did you borrow her card?"

She was close to tears. "Ah jus' had to go to this feelie. It's got mah very favorite actor in it."

"Evidently your card doesn't permit you to attend horror feelies."

She shook her head.

"Don't tell me you have a bad heart!"

She shook her head again. "Ah'm a Sensitive," she said bleakly.

In a sudden surge of anger the doctor half rose out of his chair and leaned across the desk....