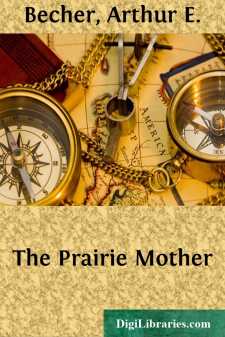 I opened my eyes and saw a pea-green world all around me. Then I heard the doctor say: “Give ’er another whiff or two.” His voice sounded far-away, as though he were speaking through the Simplon Tunnel, and not merely through his teeth, within twelve inches of my nose.

I took my whiff or two. I gulped at that chloroform like a thirsty Bedouin at a wadi-spring. I went down into the pea-green emptiness again, and forgot about the Kelly pad and the recurring waves of pain that came bigger and bigger and tried to sweep through my racked old body like breakers through the ribs of a stranded schooner. I forgot about the hateful metallic clink of steel things against an instrument-tray, and about the loganberry pimple on the nose of the red-headed surgical nurse who’d been sent into the labor room to help.

I went wafting off into a feather-pillowy pit of infinitude. I even forgot to preach to myself, as I’d been doing for the last month or two. I knew that my time was upon me, as the Good Book says. There are a lot of things in this life, I remembered, which woman is able to squirm out of. But here, Mistress Tabbie, was one you couldn’t escape. Here was a situation that had to be faced. Here was a time I had to knuckle down, had to grin and bear it, had to go through with it to the bitter end. For other folks, whatever they may be able to do for you, aren’t able to have your babies for you.

Then I ebbed up out of the pea-green depths again, and was troubled by the sound of voices, so thin and far-away I couldn’t make out what they were saying. Then came the beating of a tom-tom, so loud that it hurt. When that died away for a minute or two I caught the sound of the sharp and quavery squall of something, of something which had never squalled before, a squall of protest and injured pride, of maltreated youth resenting the ignominious way it must enter the world. Then the tom-tom beating started up again, and I opened my eyes to make sure it wasn’t the Grenadiers’ Band going by.

I saw a face bending over mine, seeming to float in space. It was the color of a half-grown cucumber, and it made me think of a tropical fish in an aquarium when the water needed changing.

“She’s coming out, Doctor,” I heard a woman’s voice say. It was a voice as calm as God’s and slightly nasal. For a moment I thought I’d died and gone to Heaven. But I finally observed and identified the loganberry pimple, and realized that the tom-tom beating was merely the pounding of the steam-pipes in that jerry-built western hospital, and remembered that I was still in the land of the living and that the red-headed surgical nurse was holding my wrist. I felt infinitely hurt and abused, and wondered why my husband wasn’t there to help me with that comforting brown gaze of his. And I wanted to cry, but didn’t seem to have the strength, and then I wanted to say something, but found myself too weak.

It was the doctor’s voice that roused me again....