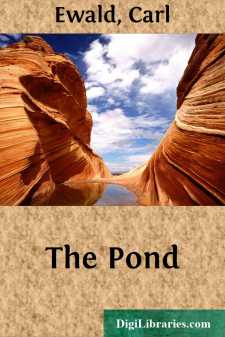 One day in early spring, a young reed-warbler sat in a bush in Italy and hung his beak.

This was not because he really had anything to complain of. The sun was shining; there were flies in plenty; and no one was doing him harm. A little while before, a pretty girl, with jet-black eyes, had sat under the bush and listened to his song and kissed her hand to him.

And yet he wanted something.

He was tired of the Italian flies. He had a feeling in his wings as if he could do hundreds of miles at a stretch. There were notes in his throat which he was unable to get out and his little heart was filled with a longing which he could not understand and which would have made him cry, if a reed-warbler knew how to cry. But he can only sing and he sings just alike on all days, whether he be glad or sorry.

So he sang. And, when he stopped, he heard a voice, from a bush close by, which resembled his own to a nicety, only it was not so strong.

He was off in a moment and alighting on a twig gazed at the sweetest little lady reed-warbler that one could wish to set eyes on.

There was no one to introduce them to each other and so they introduced themselves. For there is not the same stiff etiquette among birds as at a court ball. Also things move more quickly; and, when they had chatted for five minutes or so, the reed-warbler said:

"Now that I have seen you, I know what's the matter with me. I am longing to go back to the land where I was born. I have a distinct recollection of a quiet pond, with reeds and rushes and green beeches round it."

"I am longing to go there, too," said the little reed-warbler. "I remember it also."

"Then the best thing that we can do is to get engaged," said he. "As soon as we come to the pond, we will celebrate our marriage and build a nest."

"Will you love me till I die?" she asked.

"I can't answer for more than the summer," he replied. "But I promise you that."

Then she said yes. They had no one to announce the engagement to, for they had seen none of their relations since the autumn. So they had a little banquet to themselves. He treated her to some fat flies; and they sang a little duet and started on their journey.

They flew for many days.

Sometimes they rested a little, when they came to a green valley, and they also made travelling-acquaintances. For there were many birds going the same way and they often flew in flocks and flights. But the two reed-warblers always kept close together, as good sweethearts should. And, when they were tired, they cheered each other with tales of the quiet pond.

At last they arrived.

It was a beautiful morning towards the end of May. The sun was shining; and white clouds floated slowly through the sky. The beeches were quite out and the oaks nearly. The reeds and rushes were green, the little waves danced merrily in the sun and all things wore a look of sheer enjoyment.

"Isn't it lovely?" asked the reed-warbler.

Close to the shore they found a place which they liked. They bound three reeds together with fine fibres, a yard above the water, and then wove the dearest little basket, which they lined with nice down....