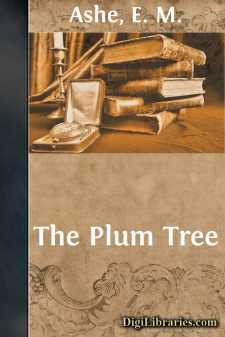 HOW IT ALL BEGAN

"We can hold out six months longer,—at least six months." My mother's tone made the six months stretch encouragingly into six long years.

I see her now, vividly as if it were only yesterday. We were at our scant breakfast, I as blue as was ever even twenty-five, she brave and confident. And hers was no mere pretense to reassure me, no cheerless optimism of ignorance, but the through-and-through courage and strength of those who flinch for no bogey that life or death can conjure. Her tone lifted me; I glanced at her, and what shone from her eyes set me on my feet, face to the foe. The table-cloth was darned in many places, but so skilfully that you could have looked closely without detecting it. Not a lump of sugar, not a slice of bread, went to waste in that house; yet even I had to think twice to realize that we were poor, desperately poor. She did not hide our poverty; she beautified it, she dignified it into Spartan simplicity. I know it is not the glamour over the past that makes me believe there are no women now like those of the race to which she belonged. The world, to-day, yields comfort too easily to the capable; hardship is the only mould for such character, and in those days, in this middle-western country, even the capable were not strangers to hardship.

"When I was young," she went on, "and things looked black, as they have a habit of looking to the young and inexperienced,"—that put in with a teasing smile for me,—"I used to say to myself, 'Well, anyhow, they can't kill me.' And the thought used to cheer me up wonderfully. In fact, it still does."

I no longer felt hopeless. I began to gnaw my troubles again—despair is still.

"Why 'dog'?" objected my mother. "Why not simply 'mean man'? I've never known a dog that could equal a man who set out to be 'ornery.'"

"For yourself," she interrupted. "Work you do for others doesn't amount to much unless it's been first and best for yourself."

"But he was benefited by it, too," I urged, "and has taken life easy, and has had more clients and bigger fees than he ever had before. I'd like to give him a jolt. I'd stop nagging him to put my name in a miserable corner of the glass in his door. I'd hang out a big sign of my own over my own office door."

My mother burst into a radiant smile. "I've been waiting a year to hear that," she said.

Thereupon I had a shock of fright—inside, for I'd never have dared to show fear before my mother. There's nothing else that makes you so brave as living with some one before whom you haven't the courage to let your cowardice show its feather. If we didn't keep each other up to the mark, what a spectacle of fright and flight this world-drama would be! Vanity, the greatest of vices, is also the greatest of virtues, or the source of the greatest virtues—which comes to the same thing.

"When will you do it?" she went on, and then I knew I was in for it, and how well-founded was the suspicion that had been keeping my lips tight-shut upon my dream of independence....