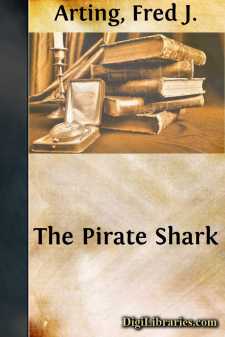 "I don't care what your orders are. Cap'n Hollinger sent for me, and I'm going aboard or I'll know the reason why!"

"Well, ain't you just heard the reason why, son? He ain't here, and orders is orders. There ain't no one comin' aboard the Seamew, that's all. Nothin' was said about any Mart Judson, kid."

"Then I guess your ears need tuning up. I'm comin' aboard, see?"

"Ye'll go overboard then. Well, if the kid ain't goin' to walk right up to me! Look out there, kid—get off that gangplank in a hurry!"

Trouble was in the air. At the rail of the trim yacht Seamew lounged Swanson, her burly first officer, pipe in mouth. He was evidently angry, for his heavy features were dark and lowering and his deep-set blue eyes glittered ominously. But the boy who faced him from the wharf was no less stirred up.

Mart Judson looked a good deal more than his seventeen years, for he had worked his own way in the world and his face had a serious air of responsibility. He wore a smudgy mechanic's cap and greasy overalls, and from his keen gray eyes, determined mouth and chin, and straight black hair, an observer might have deduced that he could be a hard worker and a stubborn fighter if need were.

Yet it was small wonder that Swanson had laughed at him. A boy mechanic asking for Stephen Hollinger personally, insisting that the millionaire had sent for him! Mart started obstinately up the gangplank and the mate laid his pipe on the rail, gave a hitch to his trousers, and moved forward to repel boarders.

Before he reached the open gangway, however, there came an interrupting shout from the deck:

A second later Mart found himself clasping hands with his friend, Bob Hollinger, better known as "Holly," the son of the mining expert and millionaire who owned the yacht. It was a hearty greeting, in spite of the greasy, cheap clothes of the one, and the carelessly costly dress of the other. The fact that Mart Judson worked for his living mattered nothing to Bob or to his father; the boys were the same age and had gone through high school together, and the two were firm friends.

Stephen Hollinger was an eccentric yet sensible "old-timer," whose habits were rough and ready and who made Bob work for his pocket-money most of the time. He had been working just at present, Mart noted; his fingers were ink-stained, his blue-eyed, freckled, careless face was smudged, and he seemed both dirty and happy.

Mart glanced about in frank admiration at the white decks and evident luxury aboard the yacht. It was his first visit to the Seamew, for she was seldom used by her owner. Swanson moved off, grumbling. Mart sent a good-humored laugh after the discomfited mate, and turned to his chum.

"What's on your mind, Holly? I had a mighty hard time gettin' away—we're rushed up at the shop. Blurt it out, 'cause I ain't got time for visitin' to-day. Some seamen had a scrap down at the Peniel Mission, and I've got to get down there with some new bulbs and fixtures before dark....