The Palace Beautiful A Story for Girls 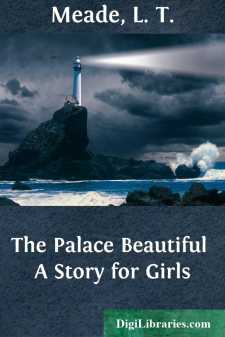 The three girls were called after flowers. This is how it came about:

When Primrose opened her eyes on the world she brought back a little bit of spring to her mother's heart.

Mrs. Mainwaring had gone through a terrible trouble—a trouble so dark and mysterious, so impossible to feel reconciled to, that her health had been almost shattered, and she had almost said good-bye to hope.

The baby came in the spring-time, and the soft, velvety touch of the little face, and the sight of the round baby limbs, had made Mrs. Mainwaring smile: had caused her to pluck up heart, and to determine resolutely to take this new blessing, and to begin to live again.

The baby came in the month of March, just when the primroses were beginning to open their pale and yet bright blossoms. Mrs. Mainwaring said that the child was a symbol of spring to her, and she called her Primrose.

The next girl was born in Italy, in the middle of a rich and brilliant summer. Flowers were everywhere, and the baby, a black-haired, dark-eyed little mite, had a starry look about her. She was called Jasmine, and the name from the very first suited her exactly.

The third and youngest of the sisters also came in the summer, but she was born in an English cottage. Her mother, who had been rich when Jasmine was born, was now poor; that is, she was poor as far as money is concerned, but the three little daughters made her feel rich. She called the child from the first her little country wild flower, and allowed Primrose and Jasmine to select her name. They brought in handfuls of field daisies, and begged to have the baby called after them.

The three girls grew up in the little country cottage. Their father was in India, in a very unhealthy part of the country. He wrote home by every mail, and in each letter expressed a hope that the Government under which he served would allow him to return to England and to his wife and children. Death, however, came first to the gallant captain. When Primrose was ten years old, and Daisy was little more than a baby, Mrs. Mainwaring found herself in the humble position of an officer's widow, with very little to live on besides her pension.

In the Devonshire village, however, things were cheap, rents were low, and the manners of life deliciously fresh and primitive.

Primrose, Jasmine, and Daisy grew up something like the flowers, taking no thought for the morrow, and happy in the grand facts that they were alive, that they were perfectly healthy, and that the sun shone and the sweet fresh breezes blew for them. They were as primitive as the little place where they lived, and cared nothing at all for fashionably-cut dresses; or for what people who think themselves wiser would have called the necessary enjoyments of life. Mrs. Mainwaring, who had gone through a terrible trouble before the birth of her eldest girl, had her nerves shattered a second time by her husband's death; from that moment she was more ruled by her girls than a ruler to them. They did pretty much what they pleased, and she was content that they should make themselves happy in their own way....