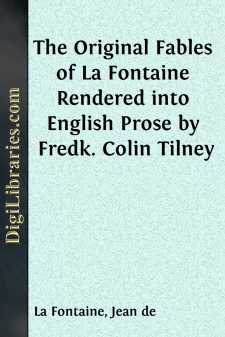 There were two heavily-laden mules making a journey together. One was carrying oats and the other bore a parcel of silver money collected from the people as a tax upon salt. This, we learn, was a tax which produced much money for the government, but it bore very hard upon the people, who revolted many times against it.

The mule that carried the silver was very proud of his burden, and would not have been relieved of it if he could. As he stepped out he took care that the bells upon his harness should jingle well as became a mule of so much importance.

Suddenly a band of robbers burst into the road, pounced upon the treasure mule, seized it by the bridle, and stopped it short. Struggling to defend itself the unhappy creature groaned and sighed as it cried: "Is this then the fate that has been in store for me: that I must fall and perish whilst my fellow traveller escapes free from danger?"

"My friend," exclaimed the mule that carried only the oats, and whom the robbers had not troubled about, "it is not always good to have exalted work to do. Had you been like me, a mere slave to a miller, you would not have been in such a bad way now!"

You boasted of being so swift.

Never mock at other people's misfortune; for you cannot tell how soon you yourself may be unhappy. Æsop the sage has given us one or two examples of this truth, and I am going to tell you of a similar one now.

A hare and a partridge were living as fellow-citizens very peacefully in a field, when a pack of hounds making an onset obliged the hare to seek refuge. He rushed into his form and succeeded in putting the hounds at fault. But here the scent from his over-heated body betrayed him. Towler, philosophising, concluded that this scent came from his hare, and with admirable zeal routed him out. Then old Trusty, who never is at fault, proclaimed that the hare was gone away. The poor unfortunate creature at last died in his form.

The partridge, his companion, thought fit to soothe his last moments with some scoffing remarks upon his fate. "You boasted of being so swift," she said "What has come to your feet, then?"

But even as she was chuckling her own turn came. Secure in the belief that her wings would save her whatever happened, she did not reckon upon the cruel talons of the hawk.

III THE GARDENER AND HIS LANDLORD (Book IV.—No. 4)

A man who had a great fondness for gardening, being half a countryman and half town-bred, possessed in a certain village a fair-sized plot with a field attached, and all enclosed by a quickset hedge. Here sorrel and lettuce grew freely, as well as such flowers as Spanish jasmine and wild thyme, and from these his good wife Margot culled many a posy for her high days and holidays.

This happy state of things was soon troubled by the visits of a hare, and to such an extent that the man had to go to his landlord and lodge a complaint. "This wretched animal," he said, "comes here and stuffs himself night and morning, and simply laughs at traps and snares....