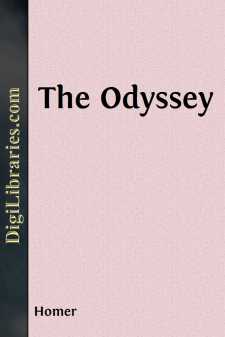 Add to My Favorites
Published: 9 years ago
Downloads: 177
Rating: (1 Vote)

Scepticism is as much the result of knowledge, as knowledge is of scepticism. To be content with what we at present know, is, for the most part, to shut our ears against conviction; since, from the very gradual character of our education, we must continually forget, and emancipate ourselves from, knowledge previously acquired; we must set aside old notions and embrace fresh ones; and, as we learn, we must be daily unlearning something which it has cost us no small labour and anxiety to acquire.

And this difficulty attaches itself more closely to an age in which progress has gained a strong ascendency over prejudice, and in which persons and things are, day by day, finding their real level, in lieu of their conventional value. The same principles which have swept away traditional abuses, and which are making rapid havoc among the revenues of sinecurists, and stripping the thin, tawdry veil from attractive superstitions, are working as actively in literature as in society. The credulity of one writer, or the partiality of another, finds as powerful a touchstone and as wholesome a chastisement in the healthy scepticism of a temperate class of antagonists, as the dreams of conservatism, or the impostures of pluralist sinecures in the Church. History and tradition, whether of ancient or comparatively recent times, are subjected to very different handling from that which the indulgence or credulity of former ages could allow. Mere statements are jealously watched, and the motives of the writer form as important an ingredient in the analysis or his history, as the facts he records. Probability is a powerful and troublesome test; and it is by this troublesome standard that a large portion of historical evidence is sifted. Consistency is no less pertinacious and exacting in its demands. In brief, to write a history, we must know more than mere facts. Human nature, viewed under an introduction of extended experience, is the best help to the criticism of human history. Historical characters can only be estimated by the standard which human experience, whether actual or traditionary, has furnished. To form correct views of individuals we must regard them as forming parts of a great whole—we must measure them by their relation to the mass of beings by whom they are surrounded; and, in contemplating the incidents in their lives or condition which tradition has handed down to us, we must rather consider the general bearing of the whole narrative, than the respective probability of its details.

It is unfortunate for us, that, of some of the greatest men, we know least, and talk most. Homer, Socrates, and Shakespere have, perhaps, contributed more to the intellectual enlightenment of mankind than any other three writers who could be named, and yet the history of all three has given rise to a boundless ocean of discussion, which has left us little save the option of choosing which theory or theories we will follow. The personality of Shakespere is, perhaps, the only thing in which critics will allow us to believe without controversy; but upon everything else, even down to the authorship of plays, there is more or less of doubt and uncertainty....