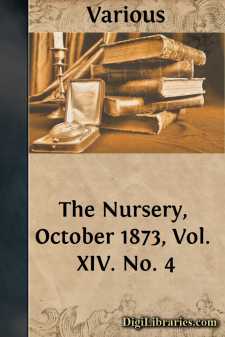 THREADING THE NEEDLE.   HERE is Lucy all this while?" asked Mrs. Ludlow of Anna, the maid.

"I left her five minutes ago, trying to thread a needle," replied Anna.

When Lucy entered the room, her mother asked her what she had been about; and Lucy replied, "I have been teaching myself to thread a needle."

"But you have been a long time about it," said mother.

"I will tell you why," continued Lucy. "When I went to walk with papa yesterday, he saw me get over a stone-wall, which I did rather clumsily: so he said, 'A thing that is worth doing at all is worth doing well. Let me teach you how to get over a wall quickly and gracefully.'"

"So he gave you a lesson in getting over walls, did he?"

"Yes, mother: he kept me at it at least half an hour; and now I can get over a wall as quickly and well as any boy."

"But what has getting over walls to do with threading a needle?"

"Only this: I thought I would apply papa's rule, and learn to do well what I was trying to do. So I have been threading and unthreading the needle, till now I can thread it easily."

"You have done well to heed your father's advice," said Mrs. Ludlow. "If you do not see the importance of it now, you will see it often in your life as you grow older."

It was not many months before Lucy comprehended how wise her father had been in training his little girl. She was gathering violets in a field one day, when she heard a trampling sound, and, looking round, saw a fierce bull plunging and twisting himself about, and all the time drawing nearer and nearer to her. Suddenly he made a rush towards her in a straight line.

Not far off was a high stone-wall. It would once have seemed to Lucy a hopeless attempt to try to get over it before the bull could reach her; but now she felt confident she could do it: and she did it bravely. Confidence in her ability to do it kept off all fear; and she did not even tremble.

The bull came up, and roared lustily when he found she had escaped, and was on the other side of the wall. But Lucy turned to him, and said, "Keep your temper, old fellow! This child's father taught her how to get over a stone-wall in double-quick time. You must learn to scale a wall yourself, if you hope to catch her."

"Boo-oo-oo!" roared the bull, prancing up and down, but not knowing how to get over.

"Why, what a sweet humor you are in to-day, sir!" said Lucy, walking away, and arranging her bunch of violets for Cousin Susan as she went.

When I was a little boy, I often helped my mother when she was making butter.

I liked to stand in the cool spring-house, and churn for a little while; but I liked better to look out of the window, and watch the ducks swimming in the creek, or the little shiners and sunfish darting back and forth through the clear bright water.

Sometimes I would forget all about my work, and stand watching the insects, ducks, and fishes, until some one would call me, and tell me to go to work again....