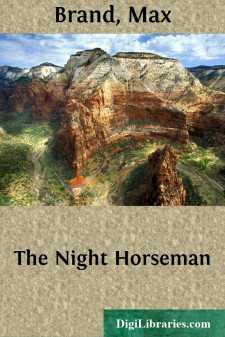 CHAPTER I THE SCHOLAR

At the age of six Randall Byrne could name and bound every state in the Union and give the date of its admission; at nine he was conversant with Homeric Greek and Caesar; at twelve he read Aristophanes with perfect understanding of the allusions of the day and divided his leisure between Ovid and Horace; at fifteen, wearied by the simplicity of Old English and Thirteenth Century Italian, he dipped into the history of Philosophy and passed from that, naturally, into calculus and the higher mathematics; at eighteen he took an A.B. from Harvard and while idling away a pleasant summer with Hebrew and Sanscrit he delved lightly into biology and its kindred sciences, having reached the conclusion that Truth is greater than Goodness or Beauty, because it comprises both, and the whole is greater than any of its parts; at twenty-one he pocketed his Ph.D. and was touched with the fever of his first practical enthusiasm—surgery. At twenty-four he was an M.D. and a distinguished diagnostician, though he preferred work in his laboratory in his endeavor to resolve the elements into simpler forms; also he published at this time a work on anthropology whose circulation was limited to two hundred copies, and he received in return two hundred letters of congratulation from great men who had tried to read his book; at twenty-seven he collapsed one fine spring day on the floor of his laboratory. That afternoon he was carried into the presence of a great physician who was also a very vulgar man. The great physician felt his pulse and looked into his dim eyes.

"You have a hundred and twenty horsepower brain and a runabout body," said the great physician.

"I have come," answered Randall Byrne faintly, "for the solution of a problem, not for the statement thereof."

"I'm not through," said the great physician. "Among other things you are a damned fool."

"What steps do you suggest that I consider?" he queried.

"I am a busy man and you've wasted ten minutes of my time," said the great physician, turning back to his plate glass window. "My secretary will send you a bill for one thousand dollars. Good-day."

And therefore, ten days later, Randall Byrne sat in his room in the hotel at Elkhead.

He had just written (to his friend Swinnerton Loughburne, M.A., Ph.D., L.L.D.): "Incontrovertibly the introduction of the personal equation leads to lamentable inversions, and the perceptive faculties when contemplating phenomena through the lens of ego too often conceive an accidental connotation or manifest distortion to be actuality, for the physical (or personal) too often beclouds that power of inner vision which so unerringly penetrates to the inherent truths of incorporeity and the extramundane. Yet this problem, to your eyes, I fear, not essentially novel or peculiarly involute, holds for my contemplative faculties an extraordinary fascination, to wit: wherein does the mind, in itself a muscle, escape from the laws of the physical, and wherein and wherefore do the laws of the physical exercise so inexorable a jurisdiction over the processes of the mind, so that a disorder of the visual nerve actually distorts the asomatous and veils the pneumatoscopic...?