The New World of Islam 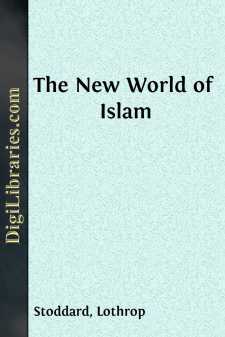 THE DECLINE AND FALL OF THE OLD ISLAMIC WORLD

The rise of Islam is perhaps the most amazing event in human history. Springing from a land and a people alike previously negligible, Islam spread within a century over half the earth, shattering great empires, overthrowing long-established religions, remoulding the souls of races, and building up a whole new world—the world of Islam.

The closer we examine this development the more extraordinary does it appear. The other great religions won their way slowly, by painful struggle, and finally triumphed with the aid of powerful monarchs converted to the new faith. Christianity had its Constantine, Buddhism its Asoka, and Zoroastrianism its Cyrus, each lending to his chosen cult the mighty force of secular authority. Not so Islam. Arising in a desert land sparsely inhabited by a nomad race previously undistinguished in human annals, Islam sallied forth on its great adventure with the slenderest human backing and against the heaviest material odds. Yet Islam triumphed with seemingly miraculous ease, and a couple of generations saw the Fiery Crescent borne victorious from the Pyrenees to the Himalayas and from the deserts of Central Asia to the deserts of Central Africa.

This amazing success was due to a number of contributing factors, chief among them being the character of the Arab race, the nature of Mohammed's teaching, and the general state of the contemporary Eastern world. Undistinguished though the Arabs had hitherto been, they were a people of remarkable potentialities, which were at that moment patently seeking self-realization. For several generations before Mohammed, Arabia had been astir with exuberant vitality. The Arabs had outgrown their ancestral paganism and were instinctively yearning for better things. Athwart this seething ferment of mind and spirit Islam rang like a trumpet-call. Mohammed, an Arab of the Arabs, was the very incarnation of the soul of his race. Preaching a simple, austere monotheism, free from priestcraft or elaborate doctrinal trappings, he tapped the well-springs of religious zeal always present in the Semitic heart. Forgetting the chronic rivalries and blood-feuds which had consumed their energies in internecine strife, and welded into a glowing unity by the fire of their new-found faith, the Arabs poured forth from their deserts to conquer the earth for Allah, the One True God.

Thus Islam, like the resistless breath of the sirocco, the desert wind, swept out of Arabia and encountered—a spiritual vacuum. Those neighbouring Byzantine and Persian Empires, so imposing to the casual eye, were mere dried husks, devoid of real vitality. Their religions were a mockery and a sham. Persia's ancestral cult of Zoroaster had degenerated into "Magism"—a pompous priestcraft, tyrannical and persecuting, hated and secretly despised. As for Eastern Christianity, bedizened with the gewgaws of paganism and bedevilled by the maddening theological speculations of the decadent Greek mind, it had become a repellent caricature of the teachings of Christ....