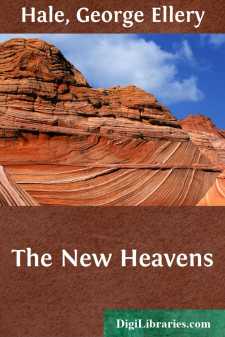 Add to My Favorites
Published: 8 years ago
Downloads: 48
Rating: (0 Votes)

Go out under the open sky, on a clear and moon-less night, and try to count the stars. If your station lies well beyond the glare of cities, which is often strong enough to conceal all but the brighter objects, you will find the task a difficult one. Ranging through the six magnitudes of the Greek astronomers, from the brilliant Sirius to the faintest perceptible points of light, the stars are scattered in great profusion over the celestial vault. Their number seems limitless, yet actual count will show that the eye has been deceived. In a survey of the entire heavens, from pole to pole, it would not be possible to detect more than from six to seven thousand stars with the naked eye. From a single viewpoint, even with the keenest vision, only two or three thousand can be seen. So many of these are at the limit of visibility that Ptolemy's "Almagest," a catalogue of all the stars whose places were measured with the simple instruments of the Greek astronomers, contains only 1,022 stars.

Back of Ptolemy, through the speculations of the Greek philosophers, the mysteries of the Egyptian sun-god, and the observations of the ancient Chaldeans, the rich and varied traditions of astronomy stretch far away into a shadowy past. All peoples, in the first stirrings of their intellectual youth, drawn by the nightly splendor of the skies and the ceaseless motions of the planets, have set up some system of the heavens, in which the sense of wonder and the desire for knowledge were no less concerned than the practical necessities of life. The measurement of time and the needs of navigation have always stimulated astronomical research, but the intellectual demand has been keen from the first. Hipparchus and the Greek astronomers of the Alexandrian school, shaking off the vagaries of magic and divination, placed astronomy on a scientific basis, though the reaction of the Middle Ages caused even such a great astronomer as Tycho Brahe himself to revert for a time to the practice of astrology.

The transparent sky of Egypt, rarely obscured by clouds, greatly favored Ptolemy's observations. Here was prepared his great star catalogue, based upon the earlier observations of Hipparchus, and destined to remain alone in its field for more than twelve centuries, until Ulugh Bey, Prince of Samarcand, repeated the work of his Greek predecessor. Throughout this period the stars were looked upon mainly as points of reference for the observation of planetary motions, and the instruments of observation underwent little change. The astrolabe, which consists of a circle divided into degrees, with a rotating diametral arm for sighting purposes, embodies their essential principle. In its simple form, the astrolabe was suspended in a vertical plane, and the stars were observed by bringing the sights on the movable diameter to bear upon them. Their altitude was then read off on the circle. Ultimately, the circle of the astrolabe, mounted with one of its diameters parallel to the earth's axis, became the armillary sphere, the precursor of our modern equatorial telescope....