The Naval History of the United States Volume 2 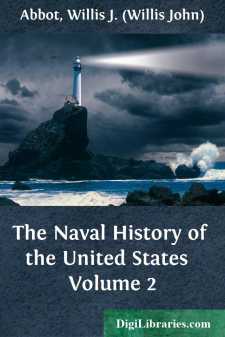 CAPTURE OF THE "SURVEYOR." — WORK OF THE GUNBOAT FLOTILLA. — OPERATIONS ON CHESAPEAKE BAY. — COCKBURN'S DEPREDATIONS. — CRUISE OF THE "ARGUS." — HER CAPTURE BY THE "PELICAN." — BATTLE OF THE "ENTERPRISE" AND "BOXER." — END OF THE YEAR 1813 ON THE OCEAN.

ith the capture of the "Chesapeake" in June, 1813, we abandoned our story of the naval events along the coast of the United States, to follow Capt. Porter and his daring seamen on their long cruise into far-off seas. But while the men of the "Essex" were capturing whalers in the Pacific, chastising insolent savages at Nookaheevah, and fighting a gallant but unsuccessful fight at Valparaiso, other blue-jackets were as gallantly serving their country nearer home. From Portsmouth to Charleston the coast was watched by British ships, and collisions between the enemies were of almost daily occurrence. In many of these actions great bravery was shown on both sides. Noticeably was this the case in the action between the cutter "Surveyor" and the British frigate "Narcissus," on the night of June 12. The "Surveyor," a little craft manned by a crew of fifteen men, and mounting six twelve-pound carronades, was lying in the York River near Chesapeake Bay. From the masthead of the "Narcissus," lying farther down the bay, the spars of the cutter could be seen above the tree-tops; and an expedition was fitted out for her capture. Fifty men, led by a veteran officer, attacked the little vessel in the darkness, but were met with a most determined resistance. The Americans could not use their carronades, but with their muskets they did much execution in the enemy's ranks. But they were finally overpowered, and the little cutter was towed down under the frigate's guns. The next day Mr. Travis, the American commander, received his sword which he had surrendered, with a letter from the British commander, in which he said, "Your gallant and desperate attempt to defend your vessel against more than double your number, on the night of the 12th inst., excited such admiration on the part of your opponents as I have seldom witnessed, and induced me to return you the sword you had so nobly used, in testimony of mine.... In short, I am at a loss which to admire most, the previous arrangement on board the 'Surveyor,' or the determined manner in which her deck was disputed, inch by inch."

During the summer of 1813, the little gunboats, built in accordance with President Jefferson's plan for a coast guard of single-gun vessels, did a great deal of desultory fighting, which resulted in little or nothing. They were not very seaworthy craft, the heavy guns mounted amidships causing them to careen far over in even a sailor's "capfull" of wind. When they went into action, the first shot from the gun set the gunboat rocking so that further fire with any precision of aim was impossible. The larger gunboats carried sail enough to enable them to cruise about the coast, keeping off privateers and checking the marauding expeditions of the British. Many of the gunboats, however, were simply large gallies propelled with oars, and therefore confined in their operations to bays and inland waters. The chief scene of their operations was Chesapeake Bay.

This noble sheet of water had been, since the very opening of the year 1813, under the control of the British, who had gathered there their most powerful vessels under the command of Admiral Cockburn, whose name gained an unenviable notoriety for the atrocities committed by his forces upon the defenceless inhabitants of the shores of Chesapeake Bay....