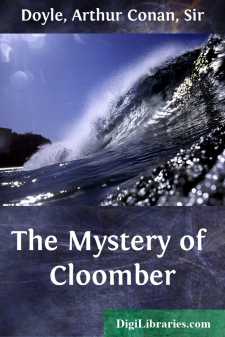 CHAPTER I. THE HEGIRA OF THE WESTS FROM EDINBURGH

I John Fothergill West, student of law in the University of St. Andrews, have endeavoured in the ensuing pages to lay my statement before the public in a concise and business-like fashion.

It is not my wish to achieve literary success, nor have I any desire by the graces of my style, or by the artistic ordering of my incidents, to throw a deeper shadow over the strange passages of which I shall have to speak. My highest ambition is that those who know something of the matter should, after reading my account, be able to conscientiously indorse it without finding a single paragraph in which I have either added to or detracted from the truth.

Should I attain this result, I shall rest amply satisfied with the outcome of my first, and probably my last, venture in literature.

It was my intention to write out the sequence of events in due order, depending on trustworthy hearsay when I was describing that which was beyond my own personal knowledge. I have now, however, through the kind cooperation of friends, hit upon a plan which promises to be less onerous to me and more satisfactory to the reader. This is nothing less than to make use of the various manuscripts which I have by me bearing upon the subject, and to add to them the first-hand evidence contributed by those who had the best opportunities of knowing Major-General J. B. Heatherstone.

In pursuance of this design I shall lay before the public the testimony of Israel Stakes, formerly coachman at Cloomber Hall, and of John Easterling, F.R.C.P. Edin., now practising at Stranraer, in Wigtownshire. To these I shall add a verbatim account extracted from the journal of the late John Berthier Heatherstone, of the events which occurred in the Thul Valley in the autumn of '41 towards the end of the first Afghan War, with a description of the skirmish in the Terada defile, and of the death of the man Ghoolab Shah.

To myself I reserve the duty of filling up all the gaps and chinks which may be left in the narrative. By this arrangement I have sunk from the position of an author to that of a compiler, but on the other hand my work has ceased to be a story and has expanded into a series of affidavits.

My Father, John Hunter West, was a well known Oriental and Sanskrit scholar, and his name is still of weight with those who are interested in such matters. He it was who first after Sir William Jones called attention to the great value of early Persian literature, and his translations from the Hafiz and from Ferideddin Atar have earned the warmest commendations from the Baron von Hammer-Purgstall, of Vienna, and other distinguished Continental critics.

In the issue of the Orientalisches Scienzblatt for January, 1861, he is described as "Der beruhmte und sehr gelhernte Hunter West von Edinburgh"—a passage which I well remember that he cut out and stowed away, with a pardonable vanity, among the most revered family archives.

He had been brought up to be a solicitor, or Writer to the Signet, as it is termed in Scotland, but his learned hobby absorbed so much of his time that he had little to devote to the pursuit of his profession....