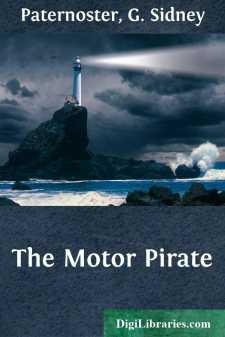 CHAPTER I MAINLY ABOUT MYSELF Of course every one has heard of the Motor Pirate. No one indeed could help doing so unless he or she, as the case may be, happened to be in some part of the world where newspapers never penetrate; since for months his doings were the theme of every gossip in the country, and his exploits have filled columns of every newspaper from the moment of his first appearance until the day when the reign of terror he had inaugurated upon the roads ended as suddenly and as sensationally as it had begun. Who the owner of the pirate car was? Whence he came? Whither he went? These are questions which have exercised minds innumerable; but though there have been nearly as many theories propounded as there were brains at work propounding them, so far no informed account of the man or his methods has been made public.

Nearly twelve months have now elapsed since he was last heard of, and already a number of myths have grown up about his mysterious personality. For instance, it is not true, as I saw asserted in a sensational evening paper the other day, that the Motor Pirate was in the habit of abducting every young and attractive woman who happened to be travelling in any of the cars he held up. On only one occasion did he abduct a lady, and in that case there were special circumstances with which the public have never been made acquainted. His deeds were quite black enough without further blackening with printer's ink, and it would be a pity if the real Motor Pirate were lost sight of in mythical haze such as has gathered about the name of his great prototype, Dick Turpin.

It has occurred to me, therefore, to tell the story of his doings—it would be impossible for any mortal man to give an absolutely detailed account of his life and actions—but I know more than the majority of people about the personality of the man. Of one thing my readers may be assured: I personally can vouch for the accuracy of every fact which I chronicle. You see I am not a professional historian.

How it happened that I am in a position to give hitherto unknown particulars about the Motor Pirate will appear in the course of my narrative. Sufficient for the moment let it be for me to say that it was purely by chance that the opportunity was thrown in my way; though, as it happened, it was not entirely without my own volition that I became involved in the network of events which finally resulted in the tragedy which closed his career. By that tragedy the world lost a brilliant thinker and inventor, though unfortunately these great talents were accompanied by an abnormal condition of mind, which led the owner to utilise his invention in criminal pursuits.

It may probably seem strange that, being in possession of facts as to the identity of this mysterious person, I did not lay them before the police, who, at any time during the three months of his criminal career, would have given their ears to lay him by the heels. You may even think it is their duty to take proceedings against me as an accomplice....