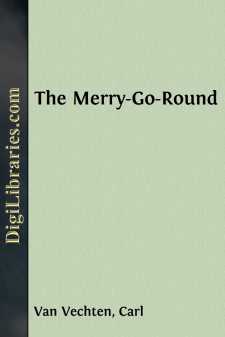 In Defence of Bad Taste

In America, where men are supposed to know nothing about matters of taste and where women have their dresses planned for them, the household decorator has become an important factor in domestic life. Out of an even hundred rich men how many can say that they have had anything to do with the selection or arrangement of the furnishings for their homes? In theatre programs these matters are regulated and due credit is given to the various firms who have supplied the myriad appeals to the eye; one knows who thought out the combinations of shoes, hats, and parasols, and one knows where each separate article was purchased. Why could not some similar plan of appreciation be followed in the houses of our very rich? Why not, for instance, a card in the hall something like the following:

This house was furnished and decorated accordingto the taste of Marcel of the Dilly-Billy ShoporWe are living in the kind of house Miss SimoneO'Kelly thought we should live in. Thedecorations are pure Louis XV andthe furniture is authentic.

It is not difficult, of course, to differentiate the personal from the impersonal. Nothing clings so ill to the back as borrowed finery and I have yet to find the family which has settled itself fondly and comfortably in chairs which were a part of some one else's aesthetic plan. As a matter of fact many of our millionaires would be more at home in an atmosphere concocted from the ingredients of plain pine tables and blanket-covered mattresses than they are surrounded by the frippery of China and the frivolity of France. If these gentlemen were fortunate enough to enjoy sufficient confidence in their own taste to give it a thorough test it is not safe to think of the extreme burden that would be put on the working capacity of the factories of the Grand Rapids furniture companies. We might find a few emancipated souls scouring the town for heavy refectory tables and divans into which one could sink, reclining or upright, with a perfect sense of ease, but these would be as rare as Steinway pianos in Coney Island.

For Americans are meek in such matters. They credit themselves with no taste. They fear comparison. If the very much sought-after Simone O'Kelly has decorated Mr. B.'s house Mr. M. does not dare to struggle along with merely his own ideas in furnishing his. He calls in an expert who begins, rather inauspiciously, by painting the dining-room salmon pink. The tables and chairs will be made by somebody on Tenth Street, exact copies of a set to be found in the Musée Carnavalet. The legs under the table are awkwardly arranged for diners but they look very well when the table is unclothed. The decorator plans to hang Mr. M.'s personal bedroom in pale plum colour. Mr. M. rebels at this. "I detest," he remarks mildly, "all variants of purple." "Very well," acquiesces the decorator, "we will make it green." In the end Mr. M.'s worst premonitions are realized: the walls are resplendent in a striking shade of magenta. Along the edge of each panel of Chinese brocade a narrow band of absinthe velvet ribbon gives the necessary contrast. The furniture is painted in dull ivory with touches of gold and beryl and the bed cover is peacock blue. Four round cushions of a similar shade repose on the floor at the foot of the bed. The fat manufacturer's wife as she enters this triumph of decoration which might satisfy Louise de la Vallière or please Doris Keane, is an anachronistic figure and she is aware of it. She prefers, on the whole, the brass bedsteads of the summer hotels. Mr. M. himself feels ridiculous. He never enters the room without a groan and a remark on the order of "Good God, what a colour!" His personal taste finds its supreme enjoyment in the Circassian walnut panelling, desk, and tables of the directors' room in the Millionaire's Trust and Savings Bank. "Rich and tasteful": how many times he has used this phrase to express his approval! In the mid-Victorian red plush of his club, too, he is comfortable....