The Mastery of the Air 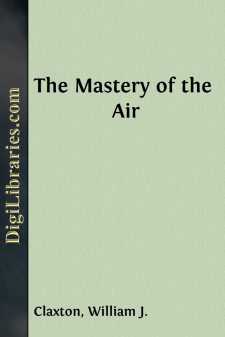 CHAPTER I. Man's Duel with Nature

Of all man's great achievements none is, perhaps, more full of human interest than are those concerned with flight. We regard ourselves as remarkable beings, and our wonderful discoveries in science and invention induce us to believe we are far and away the cleverest of all the living creatures in the great scheme of Creation. And yet in the matter of flight the birds beat us; what has taken us years of education, and vast efforts of intelligence, foresight, and daring to accomplish, is known by the tiny fledglings almost as soon as they come into the world.

It is easy to see why the story of aviation is of such romantic interest. Man has been exercising his ingenuity, and deliberately pursuing a certain train of thought, in an attempt to harness the forces of Nature and compel them to act in what seems to be the exact converse of Nature's own arrangements.

One of the mysteries of Nature is known as the FORCE OF GRAVITY. It is not our purpose in this book to go deeply into a study of gravitation; we may content ourselves with the statement, first proved by Sir Isaac Newton, that there is an invisible force which the Earth exerts on all bodies, by which it attracts or draws them towards itself. This property does not belong to the Earth alone, but to all matter—all matter attracts all other matter. In discussing the problems of aviation we are concerned mainly with the mutual attraction of The Earth and the bodies on or near its surface; this is usually called TERRESTRIAL gravity.

It has been found that every body attracts very other body with a force directly proportionate to its mass. Thus we see that, if every particle in a mass exerts its attractive influence, the more particles a body contains the greater will be the attraction. If a mass of iron be dropped to the ground from the roof of a building at the same time as a cork of similar size, the iron and the cork would, but for the retarding effect of the air, fall to the ground together, but the iron would strike the ground with much greater force than the cork. Briefly stated, a body which contains twice as much matter as another is attracted or drawn towards the centre of the Earth with twice the force of that other; if the mass be five times as great, then it will be attracted with five times the force, and so on.

It is thus evident that the Earth must exert an overwhelming attractive force on all bodies on or near its surface. Now, when man rises from the ground in an aeroplane he is counter-acting this force by other forces.

A short time ago the writer saw a picture which illustrated in a very striking manner man's struggle with Nature. Nature was represented as a giant of immense stature and strength, standing on a globe with outstretched arms, and in his hands were shackles of great size. Rising gracefully from the earth, immediately in front of the giant, was an airman seated in a modern flying-machine, and on his face was a happy-go-lucky look as though he were delighting in the duel between him and the giant....