The Man Who Rocked the Earth 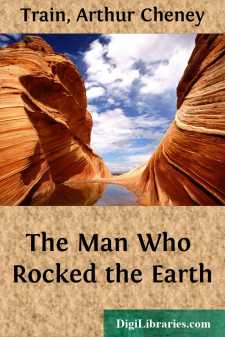 By July 1, 1916, the war had involved every civilized nation upon the globe except the United States of North and of South America, which had up to that time succeeded in maintaining their neutrality. Belgium, Holland, Denmark, Switzerland, Poland, Austria Hungary, Lombardy, and Servia, had been devastated. Five million adult male human beings had been exterminated by the machines of war, by disease, and by famine. Ten million had been crippled or invalided. Fifteen million women and children had been rendered widows or orphans. Industry there was none. No crops were harvested or sown. The ocean was devoid of sails. Throughout European Christendom women had taken the place of men as field hands, labourers, mechanics, merchants, and manufacturers. The amalgamated debt of the involved nations, amounting to more than $100,000,000,000, had bankrupted the world. Yet the starving armies continued to slaughter one another.

Siberia was a vast charnel-house of Tartars, Chinese, and Russians. Northern Africa was a holocaust. Within sixty miles of Paris lay an army of two million Germans, while three million Russians had invested Berlin. In Belgium an English army of eight hundred and fifty thousand men faced an equal force of Prussians and Austrians, neither daring to take the offensive.

The inventive genius of mankind, stimulated by the exigencies of war, had produced a multitude of death-dealing mechanisms, most of which had in turn been rendered ineffective by some counter-invention of another nation. Three of these products of the human brain, however, remained unneutralized and in large part accounted for the impasse at which the hostile armies found themselves. One of these had revolutionized warfare in the field, and the other two had destroyed those two most important factors of the preliminary campaign—the aeroplane and the submarine. The German dirigibles had all been annihilated within the first ten months of the war in their great cross-channel raid by Pathé contact bombs trailed at the ends of wires by high-flying French planes. This, of course, had from the beginning been confidently predicted by the French War Department. But by November, 1915, both the allied and the German aerial fleets had been wiped from the clouds by Federston's vortex guns, which by projecting a whirling ring of air to a height of over five thousand feet crumpled the craft in mid-sky like so many butterflies in a simoon.

The second of these momentous inventions was Captain Barlow's device for destroying the periscopes of submarines, thus rendering them blind and helpless. Once they were forced to the surface such craft were easily destroyed by gun fire or driven to a sullen refuge in protecting harbours.

The third, and perhaps the most vital, invention was Dufay's nitrogen-iodide pellets, which when sown by pneumatic guns upon the slopes of a battlefield, the ground outside intrenchments, or round the glacis of a fortification made approach by an attacking army impossible and the position impregnable. These pellets, only the size of No. 4 bird shot and harmless out of contact with air, became highly explosive two minutes after they had been scattered broadcast upon the soil, and any friction would discharge them with sufficient force to fracture or dislocate the bones of the human foot or to put out of service the leg of a horse. The victim attempting to drag himself away inevitably sustained further and more serious injuries, and no aid could be given to the injured, as it was impossible to reach them. A field well planted with such pellets was an impassable barrier to either infantry or cavalry, and thus any attack upon a fortified position was doomed to failure. By surprise alone could a general expect to achieve a victory. Offensive warfare had come almost to a standstill.

Germany had seized Holland, Denmark, and Switzerland. Italy had annexed Dalmatia and the Trentino; and a new Slav republic had arisen out of what had been Hungary, Croatia, Bosnia, Herzegovina, Servia, Roumania, Montenegro, Albania, and Bulgaria....