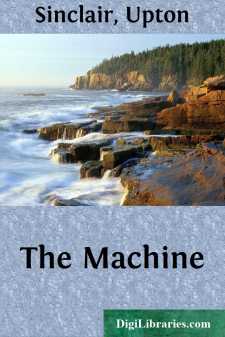 [JULIA PATTERSON'S apartments in a model tenement on the lower East Side. The scene shows the living-room, furnished very plainly, but in the newest taste; "arts and crafts" furniture, portraits of Morris and Ruskin on the walls; a centre table, a couple of easy-chairs, a divan and many book-shelves. The entrance from the outer hall is at centre; entrance to the other rooms right and left.]

[At rise: JULIA has pushed back the lamp from the table and is having a light supper, with a cup of tea; and at the same time trying to read a magazine, which obstinately refuses to remain open at the right place. She is an attractive and intelligent woman of thirty. The doorbell rings.]

JULIA. Ah, Jack! [Presses button, then goes to the door.]

JACK. [Enters, having come upstairs at a run. He is a college graduate and volunteer revolutionist, one of the organizers of the "Society of the Friends of Russian Freedom"; handsome and ardent, eager in manner, and a great talker.] Hello, Julia. All alone?

JULIA. Yes. I expected a friend, but she can't come until later.

JULIA. I've been on the go all day. Have something.

JACK. No; I had dinner. [As she starts to clear things away.] Don't stop on my account.

JULIA. I was just finishing up. [As he begins to help.] No; sit down.

JACK. Nonsense. Let the men be of some use in the world.

JULIA. What have you been up to to-day?

JACK. We're organizing a demonstration for the Swedish strikers.

JULIA. It's marvelous how those Swedes hold on, isn't it?

JACK. The people are getting their eyes open. And when they're once open, they stay open.

JULIA. Yes. Did you see my article?

JACK. I should think I did! Julia, that was a dandy!

JULIA. Do you think so?

JACK. I do, indeed. You've made a hit. I heard a dozen people talking about it.

JACK. You've come to be the champion female muck-raker of the country, I think.

JACK. Why did you want to see me so specially tonight?

JULIA. I've a friend I want you to meet. Somebody I'm engaged in educating.

JACK. You seem to have chosen me for your favorite proselytizer.

JULIA. You've seen things with your own eyes, Jack.

JACK. Yes; I suppose so.

JULIA. And you know how to tell about them. And you've such an engaging way about you...nobody could help but take to you.

JACK. Cut out the taffy. Who's your friend?

JULIA. A girl, yes. And she's coming right along, Jack. You must take a little trouble with her, for if we can only bring her through, she can do a lot for us. She's got no end of money.

JACK. No relative of Jim Hegan, I hope?

JULIA. His only daughter.

JACK. You know I don't want to meet people like that.

JACK. I don't care to mix with them. I've nothing to say to them.

JULIA. My dear Jack, the girl can't help her father.