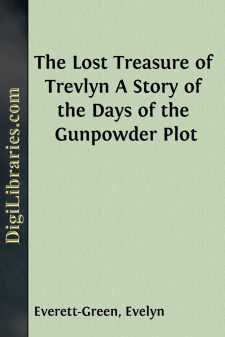 Chapter 1: The Inmates Of The Old Gate House.

"Dost defy me to my face, sirrah?"

"But me no 'buts,' and father me no 'fathers,'" stormed the angry old man, probably quite unconscious of the Shakespearian smack of his phrase; "I am no father to heretic spawn--a plague and a curse be on all such! Go to, thou wicked and deceitful boy; thou wilt one day bitterly rue thy evil practices. Thinkest thou that I will harbour beneath my roof one who sets me at open defiance; one who is a traitor to his house and to his faith?"

A dark flush had risen in the face of the tall, slight youth, with the thoughtful brow and resolute mouth, as his father's first words fell upon his ears, and throwing back his head with a haughty gesture, he said: "I am not deceitful. You have no call to taunt me with that vice which I despise above all others. I have never used deceit towards you. How could you have known I had this day attended the service of the Established Church had I not told you so myself?"

The veins on the old man's forehead stood out with anger; he brought his fist heavily down on the table, with a bang that caused every vessel thereon to ring. A dark-eyed girl, who was listening in mute terror to the stormy scene, shrank yet more into herself at this, and cast an imploring look upon the tall stripling whose face her own so much resembled; but his fiery eyes were on his father's face, and he neither saw nor heeded the look.

"And have I not forbid--ay, and that under the heaviest penalties--any child of mine from so much as putting the head inside one of those vile heretic buildings? Would God they were every one of them destroyed! Heaven send some speedy judgment upon those who build and those who dare to worship therein! What wonder that a son turns in defiance upon his father, when he stuffs his ears with the pestilent heresies with which the wicked are making vile this earth!"

Nicholas Trevlyn's anger became so great at this point as well nigh to choke him. He paused, not from lack of words, but from inability to utter them; and his son, boldly taking advantage of the pause, struck in once more in his own defence.

"Father, you talk of pestilent heresies, but what know you of the doctrines taught within walls you never enter? Is it a pestilent heresy that Christ died to save the world; that He rose again for our justification; that He sent the Holy Spirit into the world to sanctify and gather together a Church called after His name? That is the doctrine I heard preached today, and methinks it were hard to fall foul of it. If you had heard it yourself from one of our priests, sure you would have found it nothing amiss."

"Silence, boy!" thundered the old man, his fury suddenly changing to a white heat of passion, which was more terrible than the bluster that had gone before. "Silence, lest I strike thee to the ground where thou standest, and plunge this dagger in thine heart sooner than hear thee blaspheme the Holy Church in which thou wast reared! How darest thou talk thus to me?...