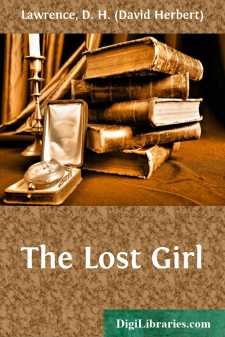 CHAPTER I THE DECLINE OF MANCHESTER HOUSE

Take a mining townlet like Woodhouse, with a population of ten thousand people, and three generations behind it. This space of three generations argues a certain well-established society. The old "County" has fled from the sight of so much disembowelled coal, to flourish on mineral rights in regions still idyllic. Remains one great and inaccessible magnate, the local coal owner: three generations old, and clambering on the bottom step of the "County," kicking off the mass below. Rule him out.

A well established society in Woodhouse, full of fine shades, ranging from the dark of coal-dust to grit of stone-mason and sawdust of timber-merchant, through the lustre of lard and butter and meat, to the perfume of the chemist and the disinfectant of the doctor, on to the serene gold-tarnish of bank-managers, cashiers for the firm, clergymen and such-like, as far as the automobile refulgence of the general-manager of all the collieries. Here the ne plus ultra. The general manager lives in the shrubberied seclusion of the so-called Manor. The genuine Hall, abandoned by the "County," has been taken over as offices by the firm.

Here we are then: a vast substratum of colliers; a thick sprinkling of tradespeople intermingled with small employers of labour and diversified by elementary schoolmasters and nonconformist clergy; a higher layer of bank-managers, rich millers and well-to-do ironmasters, episcopal clergy and the managers of collieries, then the rich and sticky cherry of the local coal-owner glistening over all.

Such the complicated social system of a small industrial town in the Midlands of England, in this year of grace 1920. But let us go back a little. Such it was in the last calm year of plenty, 1913.

A calm year of plenty. But one chronic and dreary malady: that of the odd women. Why, in the name of all prosperity, should every class but the lowest in such a society hang overburdened with Dead Sea fruit of odd women, unmarried, unmarriageable women, called old maids? Why is it that every tradesman, every school-master, every bank-manager, and every clergyman produces one, two, three or more old maids? Do the middle-classes, particularly the lower middle-classes, give birth to more girls than boys? Or do the lower middle-class men assiduously climb up or down, in marriage, thus leaving their true partners stranded? Or are middle-class women very squeamish in their choice of husbands?

However it be, it is a tragedy. Or perhaps it is not.

Perhaps these unmarried women of the middle-classes are the famous sexless-workers of our ant-industrial society, of which we hear so much. Perhaps all they lack is an occupation: in short, a job. But perhaps we might hear their own opinion, before we lay the law down.

In Woodhouse, there was a terrible crop of old maids among the "nobs," the tradespeople and the clergy. The whole town of women, colliers' wives and all, held its breath as it saw a chance of one of these daughters of comfort and woe getting off....