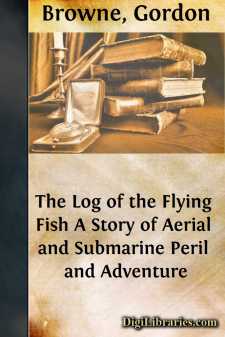 The “Migrants’” Club stands on the most delightful site in all London; and it is, as the few who are intimately acquainted with it know full well, one of the most cosy and comfortable clubs in the great metropolis.

It is by no means a famous club; the building itself has a very simple, unpretentious elevation, with nothing whatever about it to attract the attention of the passer-by; but its interior is fitted up in such a style of combined elegance and comfort, and its domestic arrangements are so perfect, as to leave nothing to be desired.

Its numerous members are essentially wanderers upon the face of the earth—that is the one distinguishing characteristic wherein they most widely differ from their fellow-men—they are ceaseless travellers; mighty hunters in far-off lands; adventurous yachtsmen; eager explorers; with a small sprinkling of army and navy men. Their visits to their club are infrequent in the extreme; but, during the brief and widely separated intervals when they have the opportunity to put in an appearance there, they like to be made thoroughly comfortable; and no pains are spared to secure their complete gratification in this respect.

The smoke-room of the “Migrants’” presented an appearance of especial comfort and attractiveness on a certain cold and stormy February evening a few years ago. A large fire blazed in the polished steel grate and roared cheerfully up the chimney, in rivalry of the wind, which howled and scuffled and rumbled in the flue higher up. An agreeable temperature pervaded the room, making the lashing of the fierce rain on the window-panes sound almost pleasant as one basked in the light and warmth of the apartment and contrasted it with the state of cold and wet and misery which reigned supreme outside. A dozen opal-shaded gas-burners brilliantly lighted the room, and revealed the fact that it was handsomely and liberally furnished with luxurious divans, capacious easy-chairs, a piano, a table loaded with the papers and periodicals of the day, an enormous mirror over the black marble mantel-piece, a clock with a set of silvery chimes for the quarters, and a deep, mellow-toned gong for the hours, and so many pictures that the whole available surface of the walls was completely covered with them. These pictures—executed in both oil and water-colour—represented out-of-the-way scenes visited, or incidents participated in by the members who had executed them, and all possessed a considerable amount of artistic merit; it being a rule of the club that every picture should be submitted to a hanging committee of distinctly artistic members before it could be allowed a place upon the smoke-room walls.

The occupants of the room on the evening in question were four in number. One, a German, known as the Professor Heinrich von Schalckenberg, was half buried in the recesses of a huge arm-chair, from the depths of which he perused the pages of the Science Monthly, smoking meanwhile a pipe with a huge elaborately carved meerschaum bowl and a long cherry-wood stem....