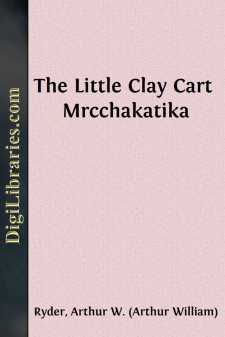 the battle of the Sea of Japan another turning-point in the brief course of recorded human history has been reached. Whatever the outcome of the negotiations for peace, one thing is sure: for better, for worse, and whether we will or no, the West must know the East, and the East must know the West. With that knowledge will inevitably come an interchange of potent influences, of influences that will affect profoundly the religion and morals, the philosophy, the literature, the art, in short, all the elements that make up the civilizations of the two hemispheres. It is a part of the responsibility resting upon the molders and leaders of the thought and life of our time, and upon our Universities in particular, to see to it that these new forces, mighty for good or for evil, are directed aright.

The fruitfulness of those scions of Western civilization which the Japanese have grafted upon their own stock is to-day the admiration of the world. In our wonder, let us not forget that that stock is the growth of centuries, and that it is rooted in a soil of racial character informed by ethical ideals which we are wont to regard, with arrogant self-complacency, as exclusively proper to Christianity, but which were, in fact, inculcated twenty-four centuries ago through precept and example by Gotama the Enlightened, or, as the Hindus called him, Gotama the Buddha. It has often been said that India has never influenced the development of humanity as a whole. Be that as it may, it now seems no less probable than strange that she is yet destined to do so, on the one hand, indirectly, through the influence of Indian Buddhism upon Japan, and, on the other, directly, by the diffusion in the West of a knowledge of her sacred writings, especially those of Vedantism and Buddhism. To judge the East aright, we must know not only what she is, but also how she has become what she is; know, in short, some of the principal phases of her spiritual history as they are reflected in her ancient literature, especially that of India. To interpret to the West the thought of the East, to bring her best and noblest achievements to bear upon our life,—that is to-day the problem of Oriental philology.

The Harvard Oriental Series embodies an attempt to present to Western scholars, in trustworthy texts and translations, some of the greatest works of the Hindu literature and philosophy and religion, together with certain instruments, such as the Vedic Concordance or the History of the Beast-fable, for their critical study or elucidation. Some account of the volumes completed or in progress may be found at the end of this book. Dr. Ryder, passing by for the present the more momentous themes of religion and philosophy, has in this volume attempted to show what the Indian genius, in its strength and in its weakness, could do in the field of literature pure and simple. The timeliness of the Series as a whole is an eloquent tribute to the discernment of my loved and unforgotten pupil and friend, Henry Clarke Warren. In him were united not only the will and the ability to establish such a publication as this, but also the learning and insight which enabled him to forecast in a general way its possibilities of usefulness. He knew that the East had many a lesson to teach the West; but whether the lesson be repose of spirit or hygiene of the soldier in the field, whether it be the divine immanence or simplicity of life or the overcoming of evil with good, he knew that the first lesson to be taught us was the teachable habit of mind.

he text chosen as the basis of this translation is that given in the edition of Parab, and I have chosen it for the following reasons. Parab's edition is the most recent, and its editor is a most admirable Sanskrit scholar, who, it seems to me, has in several places understood the real meaning of the text better than his predecessors....