The Life and Death of Cormac the Skald 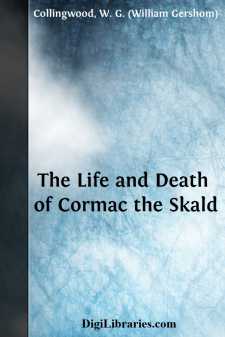 Harald Fairhair was king of Norway when this tale begins. There was a chief in the kingdom in those days and his name was Cormac; one of the Vik-folk by kindred, a great man of high birth. He was the mightiest of champions, and had been with King Harald in many battles.

He had a son called Ogmund, a very hopeful lad; big and sturdy even as a child; who when he was grown of age and come to his full strength, took to sea-roving in summer and served in the king's household in winter. So he earned for himself a good name and great riches.

One summer he went roving about the British Isles and there he fell in with a man named Asmund Ashenside, who also was a great champion and had worsted many vikings and men of war. These two heard tell of one another and challenges passed between them. They came together and fought. Asmund had the greater following, but he withheld some of his men from the battle: and so for the length of four days they fought, until many of Asmund's people were fallen, and at last he himself fled. Ogmund won the victory and came home again with wealth and worship.

His father said that he could get no greater glory in war,—"And now," said he, "I will find thee a wife. What sayest thou to Helga, daughter of Earl Frodi?"

Upon this they set off to Earl Frodi's house, and were welcomed with all honour. They made known their errand, and he took it kindly, although he feared that the fight with Asmund was likely to bring trouble. Nevertheless this match was made, and then they went their ways home. A feast was got ready for the wedding and to that feast a very great company came together.

Helga the daughter of Earl Frodi had a nurse that was a wise woman, and she went with her. Now Asmund the viking heard of this marriage, and set out to meet Ogmund. He bade him fight, and Ogmund agreed.

Helga's nurse used to touch men when they went to fight: so she did with Ogmund before he set out from home, and told him that he would not be hurt much.

Then they both went to the fighting holm and fought. The viking laid bare his side, but the sword would not bite upon it. Then Ogmund whirled about his sword swiftly and shifted it from hand to hand, and hewed Asmund's leg from under him: and three marks of gold he took to let him go with his life.

CHAPTER TWO. How Cormac Was Born and Bred.

About this time King Harald Fairhair died, and Eric Bloodaxe reigned in his stead. Ogmund would have no friendship with Eric, nor with Gunnhild, and made ready his ship for Iceland.

Nor Ogmund and Helga had a son called Frodi: but when the ship was nearly ready, Helga took a sickness and died; and so did their son Frodi.

After that, they sailed to sea. When they were near the land, Ogmund cast overboard his high-seat-pillars; and where the high-seat-pillars had already been washed ashore, there they cast anchor, and landed in Midfiord.

At this time Skeggi of Midfiord ruled the countryside. He came riding toward them and bade them welcome into the firth, and gave them the pick of the land: which Ogmund took, and began to mark out ground for a house....