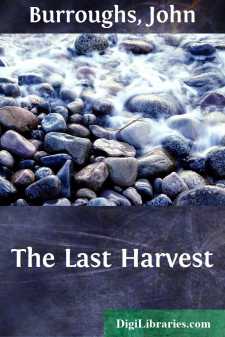 EMERSON AND HIS JOURNALS I

Emerson's fame as a writer and thinker was firmly established during his lifetime by the books he gave to the world. His Journals, published over a quarter of a century after his death, nearly or quite double the bulk of his writing, and while they do not rank in literary worth with his earlier works, they yet throw much light upon his life and character and it is a pleasure to me, in these dark and troublesome times, and near the sun-down of my life, to go over them and point out in some detail their value and significance.

Written during the World War.—C.B.

Emerson was such an important figure in our literary history, and in the moral and religious development of our people, that attention cannot be directed to him too often. He could be entirely reconstructed from the unpublished matter which he left. Moreover, just to come in contact with him in times like ours is stimulating and refreshing. The younger generation will find that he can do them good if they will pause long enough in their mad skirting over the surface of things to study him.

For my own part, a lover of Emerson from early manhood, I come back to him in my old age with a sad but genuine interest. I do not hope to find the Emerson of my youth—the man of daring and inspiring affirmation, the great solvent of a world of encrusted forms and traditions, which is so welcome to a young man—because I am no longer a young man. Emerson is the spokesman and prophet of youth and of a formative, idealistic age. His is a voice from the heights which are ever bathed in the sunshine of the spirit. I find that something one gets from Emerson in early life does not leave him when he grows old. It is a habit of mind, a test of values, a strengthening of one's faith in the essential soundness and goodness of creation. He helps to make you feel at home in nature, and in your own land and generation. He permanently exalts your idea of the mission of the poet, of the spiritual value of the external world, of the universality of the moral law, and of our kinship with the whole of nature.

There is never any despondency or infirmity of faith in Emerson. He is always hopeful and courageous, and is an antidote to the pessimism and materialism which existing times tend to foster. Open anywhere in the Journals or in the Essays and we find the manly and heroic note. He is an unconquerable optimist, and says boldly, "Nothing but God can root out God," and he thinks that in time our culture will absorb the hells also. He counts "the dear old Devil" among the good things which the dear old world holds for him. He saw so clearly how good comes out of evil and is in the end always triumphant. Were he living in our day, he would doubtless find something helpful and encouraging to say about the terrific outburst of scientific barbarism in Europe.

It is always stimulating to hear a man ask such a question as this, even though he essay no answer to it: "Is the world (according to the old doubt) to be criticized otherwise than as the best possible in the existing system, and the population of the world the best that soils, climate, and animals permit?"

I note that in 1837 Emerson wrote this about the Germans; "I do not draw from them great influence....