The Lady of the Lake 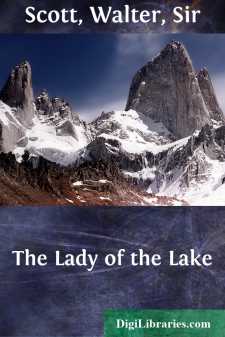 When I first saw Mr. Osgood's beautiful illustrated edition of The Lady of the Lake, I asked him to let me use some of the cuts in a cheaper annotated edition for school and household use; and the present volume is the result.

The text of the poem has given me unexpected trouble. When I edited some of Gray's poems several years ago, I found that they had not been correctly printed for more than half a century; but in the case of Scott I supposed that the text of Black's so-called "Author's Edition" could be depended upon as accurate. Almost at the start, however, I detected sundry obvious misprints in one of the many forms in which this edition is issued, and an examination of others showed that they were as bad in their way. The "Shilling" issue was no worse than the costly illustrated one of 1853, which had its own assortment of slips of the type. No two editions that I could obtain agreed exactly in their readings. I tried in vain to find a copy of the editio princeps (1810) in Cambridge and Boston, but succeeded in getting one through a London bookseller. This I compared, line by line, with the Edinburgh edition of 1821 (from the Harvard Library), with Lockhart's first edition, the "Globe" edition, and about a dozen others English and American. I found many misprints and corruptions in all except the edition of 1821, and a few even in that. For instance in i. 217 Scott wrote "Found in each cliff a narrow bower," and it is so printed in the first edition; but in every other that I have seen "cliff" appears in place of clift,, to the manifest injury of the passage. In ii. 685, every edition that I have seen since that of 1821 has "I meant not all my heart might say," which is worse than nonsense, the correct reading being "my heat." In vi. 396, the Scottish "boune" (though it occurs twice in other parts of the poem) has been changed to "bound" in all editions since 1821; and, eight lines below, the old word "barded" has become "barbed." Scores of similar corruptions are recorded in my Notes, and need not be cited here.

I have restored the reading of the first edition, except in cases where I have no doubt that the later reading is the poet's own correction or alteration. There are obvious misprints in the first edition which Scott himself overlooked (see on ii. 115, 217,, Vi. 527, etc.), and it is sometimes difficult to decide whether a later reading—a change of a plural to a singular, or like trivial variation—is a misprint or the author's correction of an earlier misprint. I have done the best I could, with the means at my command, to settle these questions, and am at least certain that the text as I give it is nearer right than in any edition since 1821 As all the variae lectiones are recorded in the Notes, the reader who does not approve of the one I adopt can substitute that which he prefers.

I have retained all Scott's Notes (a few of them have been somewhat abridged) and all those added by Lockhart. My own I have made as concise as possible....