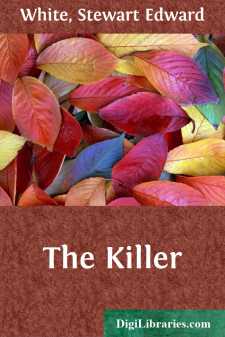 I want to state right at the start that I am writing this story twenty years after it happened solely because my wife and Señor Buck Johnson insist on it. Myself, I don't think it a good yarn. It hasn't any love story in it; and there isn't any plot. Things just happened, one thing after the other. There ought to be a yarn in it somehow, and I suppose if a fellow wanted to lie a little he could make a tail-twister out of it. Anyway, here goes; and if you don't like it, you know you can quit at any stage of the game.

It happened when I was a kid and didn't know any better than to do such things. They dared me to go up to Hooper's ranch and stay all night; and as I had no information on either the ranch or its owner, I saddled up and went. It was only twelve miles from our Box Springs ranch—a nice easy ride. I should explain that heretofore I had ridden the Gila end of our range, which is so far away that only vague rumours of Hooper had ever reached me at all. He was reputed a tough old devil with horrid habits; but that meant little to me. The tougher and horrider they came, the better they suited me—so I thought. Just to make everything entirely clear I will add that this was in the year of 1897 and the Soda Springs valley in Arizona.

By these two facts you old timers will gather the setting of my tale. Indian days over; "nester" days with frame houses and vegetable patches not yet here. Still a few guns packed for business purposes; Mexican border handy; no railroad in to Tombstone yet; cattle rustlers lingering in the Galiuros; train hold-ups and homicide yet prevalent but frowned upon; favourite tipple whiskey toddy with sugar; but the old fortified ranches all gone; longhorns crowded out by shorthorn blaze-head Herefords or near-Herefords; some indignation against Alfred Henry Lewis's Wolfville as a base libel; and, also but, no gasoline wagons or pumps, no white collars, no tourists pervading the desert, and the Injins still wearing blankets and overalls at their reservations instead of bead work on the railway platforms when the Overland goes through. In other words, we were wild and wooly, but sincerely didn't know it.

While I was saddling up to go take my dare, old Jed Parker came and leaned himself up against the snubbing post of the corral. He watched me for a while, and I kept quiet, knowing well enough that he had something to say.

I had: a little humped, insignificant figure with close-cropped white hair beneath a huge hat. He drove all hunched up. His buckboard was a rattletrap, old, insulting challenge to every little stone in the road; but there was nothing the matter with the horses or their harness. We never held much with grooming in Arizona, but these beasts shone like bronze. Good sizeable horses, clean built—well, I better not get started talking horse! They're the reason I had never really sized up the old man the few times I'd passed him.