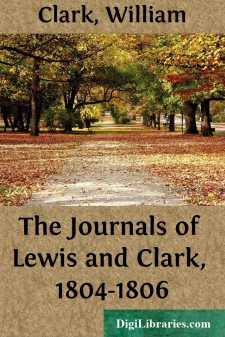 The Court convened agreeable to orders on the 17th of May 1804 Sgt. John Ordway P. members Joseph Whitehouse Rueben Fields Potts Richard Windsor after being duly Sworn the Court proceded to the trial of William Warner & Hugh Hall on the following Charges Viz: for being absent without leave last night contrary to orders, to this Charge the Prisoners plead Guilty. The Court one of oppinion that the Prisoners Warner & Hall are Both Guilty of being absent from camp without leave it being a breach of the Rules and articles of war and do Sentence them Each to receive twentyfive lashes on their naked back, but the Court recommend them from their former Good conduct, to the mercy of the commanding officer.- at the Same court was tried John Collins Charged 1st for being absent without leave- 2d. for behaveing in an unbecomming manner at the ball last night idly for Speaking in a languguage after his return to camp tending to bring into disrespect the orders of the Commanding officer- The Prisoner Pleads Guilty to the first Charge but not Guilty to the two last chrges.- after mature deliberation & agreeable to the evidence aduced. The Court are of oppinion that the Prisnair is Guilty of all the charges alledged against him it being a breach of the rules & articles of War and do Sentence him to receive fifty lashes on his naked back- The Commanding officer approves of the proceedings & Desicon of the Court martial and orders that the punishment of John Collins take place this evening at Sun Set in the Presence of the Party.- The punishment ordered to be inflicted on William Warner & Hugh Hall, is remitted under the assurence arriveing from a confidence which the Commanding officer has of the Sincerity of the recommendation from the Court.- after the punishment, Warner Hall & Collins will return to their squads and Duty

The Court is Disolved.

I had the Boat & Pierogue reloded So as to Cause them to be heavyer in bow than asturn recved of Mr. Lyon 136 lb. Tobacco on act. of Mr. Choteau Gave out tin Cups & 3 Knives to the French hands, Mr. Lauriesme returned from the Kickapoo Town to day delayed a Short time & Set out for St. Louis, I Sent George Drewyer with Mr. Lauriesmus to St Louis & wrote to Cap Lewis Mr. Ducett made me a present of rivr Catts & Some Herbs our french hands bring me eggs milk &c. &. to day The wind hard from the S. W. Two Keel Boats came up to this place to day from Kentucky

[Clark, May 18, 1804] May the 18th Friday 1804 a fine morning, I had the loading in the Boat & perogue examined and changed So as the Bow of each may be heavyer laded than the Stern, Mr. Lauremus who had been Sent by Cap Lewis to the Kickapoo Town on public business return'd and after a Short delay proceeded on to St Louis, I Sent George Drewyer with a Letter to Capt Lewis Two Keel Boats arrive from Kentucky to day loaded with whiskey Hats &c. &. the wind from the SW. Took equal altitudes with Sexetn Made it 97°42' 37" MT.

I heard of my Brothers illness to day which has given me much Concurn, I settle with the men and take receipts for Pay up to the 1st of Decr. next, I am invited to a ball in the Village, let Several of the men go,- R Fields Kill a Deer George Drewyear returned with a hundred Dollars, he lost

[Clark, May 19, 1804] May 19th Satturday 1804 A Violent Wind last night from the W. S. W. accompanied with rain which lasted about three hours Cleared away this morn'g at 8 oClock, I took receipt for the pay of the men up to the 1st. of Decr. next, R. Fields Kill a Deer to day, I recve an invitation to a Ball, it is not in my power to go. George Drewyer return from St Louis and brought 99 Dollars, he lost a letter from Cap Lewis to me, Seven Ladies visit me to day

[Lewis, May 20, 1804] Sunday May 20th 1804 The morning was fair, and the weather pleasent; at 10 oCk A M. agreably to an appointment of the preceeding day, I was joined by Capt. Stoddard, Lieuts. Milford & Worrell together with Messrs. A. Chouteau, C. Gratiot, and many other respectable inhabitants of St. Louis, who had engaged to accompany me to the Vilage of St. Charles; accordingly at 12 Oclk after bidding an affectionate adieu to my Hostis, that excellent woman the spouse of Mr. Peter Chouteau, and some of my fair friends of St. Louis, we set forward to that village in order to join my friend companion and fellow labourer Capt. William Clark who had previously arrived at that place with the party destined for the discovery of the interior of the continent of North America the first 5 miles of our rout laid through a beatifull high leavel and fertile prarie which incircles the town of St....