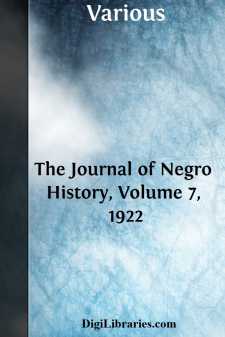 SLAVE SOCIETY ON THE SOUTHERN PLANTATION

In the year 1619, memorable in the history of the United States, a Dutch trading vessel carried to the colonists of Virginia twenty Negroes from the West Indies and sold them as slaves, thus laying the foundation of slave society in the American colonies. In the seventeenth century slavery made but little progress in these parts of America, and during that whole period not more than twenty-five thousand slaves were brought to the colonies to work in the tobacco and rice fields of the South or to serve as maids, butlers, and coachmen in the North. The eighteenth century, however, saw a rapid increase in slavery, until the census of 1790, much to the surprise of most observers, showed a slave population of 679,679 living in every State and territory of the country except Massachusetts and Maine.

With the extensive development of various industries in the colonies, slavery soon left the North and was used exclusively in the South. There are several reasons for this shift. In the first place, the colonies of the North were settled by people from the lower and middle classes, who had been accustomed to working for themselves and who thus had no use for slaves, while the South was settled largely by adventurers, who had never worked and who looked upon labor as dishonorable. In the second place, the North had a temperate climate in which any man could safely work, while the heat of the South was so intense that a white man endangered his life by working in it, whereas the Negro was protected by facility of acclimation. Another cause was the difference in soil. The soil of the South was favorable to the growth of cotton, tobacco, rice, and sugar, the cultivation of which crops required large forces of organized and concentrated labor, which the slaves supplied. On the other hand, the soil of the North favored the raising of cereals, which required neither organized nor concentrated labor; for one man working alone was able to produce more than one man working in a group: and thus slave labor was of little or no advantage to the North. Then, too, its soil, lacking the fertility of that of the South, required considerable fertilizing, which slave labor did not have the intelligence to learn. Thus in 1750 the slaves included three per cent of the population of the New England colonies, nine per cent of the middle colonies, and twenty-five per cent of those south of the Potomac River. By the end of the eighteenth century every State north of Maryland, with the exception of New Jersey, had provided for the immediate or gradual abolition of slavery, while the rise of the cotton industry, quickened by the invention of the cotton gin in 1793, had bound the institution on the South.

In order to understand the institutions of the South, it is first necessary to know something about the dominating class of people. The planters, numbering in 1860 about 384,750 and owning 2,308,518 slaves, were first in the social scale and controlled affairs. "They included an aristocracy or gentry reflecting distinctions of colonial government, and expanding under influences that prevented an amalgamation of widely separated elements."

The home of the planter was usually a large country house of ten or twelve rooms, situated on an elevation, or river bluff. The house was surrounded by a large porch, almost as tall as the house itself, the roofs of which were supported by rows of large white columns. Inside the house there was a large hall, with a wide stairway leading to another hall on the second floor. Opening from the hall on the first floor were the parlors, library and dining room, and, on the second floor, the living rooms of the family. The ceilings were high, and the windows tall and wide. The carpets were very plain, but very heavy, while on the walls were portraits of ancestors, of Washington, or of Calhoun. The house was surrounded by beautiful lawns with tall spreading trees and sometimes marble statues. The home of the planter was indeed picturesque.

The typical planter's family was composed of about twelve sons and daughters, a "tall, lank, and rather weatherworn gentleman, and a slender, soft-voiced, weary-looking mother, unless one counts the inevitable guest or the old-maiden cousin, who, like the furniture or the servants, always formed part of a planter's household." The planter, the master of the plantation, was usually well educated, honorable, and generous....