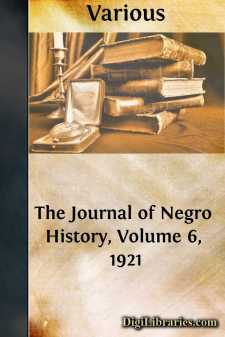 The citizenship of the Negro in this country is a fiction. The Constitution of the United States guarantees to him every right vouchsafed to any individual by the most liberal democracy on the face of the earth, but despite the unusual powers of the Federal Government this agent of the body politic has studiously evaded the duty of safeguarding the rights of the Negro. The Constitution confers upon Congress the power to declare war and make peace, to lay and collect taxes, duties, imposts, and excises; to coin money, to regulate commerce, and the like; and further empowers Congress "to make all laws which shall be necessary and proper for carrying into execution the foregoing powers and all other powers vested by this Constitution in the Government of the United States, or in any department or officer thereof." After the unsuccessful effort of Virginia and Kentucky, through their famous resolutions of 1798 drawn up by Jefferson and Madison to interpose State authority in preventing Congress from exercising its powers, the United States Government with Chief Justice John Marshall as the expounder of that document, soon brought the country around to the position of thinking that, although the Federal Government is one of enumerated powers, that government and not that of States is the judge of the extent of its powers and, "though limited in its powers, is supreme within its sphere of action." Marshall showed, too, that "there is no phrase in the instrument which, like the Articles of Confederation, excludes incidental or implied powers; and which requires that everything granted shall be expressly and minutely described." Marshall insisted, moreover, "that the powers given to the government imply the ordinary means of execution," and "to imply the means necessary to an end is generally understood as implying any means, calculated to produce the end and not as being confined to those single means without which the end would be entirely unattainable." He said: "Let the end be legitimate, let it be within the scope of the Constitution, and all means which are appropriate, which are plainly adapted to that end, which are not prohibited, but consist with the letter and the spirit of the Constitution, are constitutional."

Fortified thus, the Constitution became the rock upon which nationalism was built and by 1833 there were few persons who questioned the supremacy of the Federal Government, as did South Carolina with its threats of nullification. Because of the beginning of the intense slavery agitation not long thereafter, however, and the division of the Democratic party into a national and a proslavery group, the latter advocating State's rights to secure the perpetuation of slavery, there followed a reaction after the death of John Marshall in 1835, when the court abandoned to some extent the advanced position of nationalism of this great jurist and drifted toward the localism long since advocated by Judge Roane of Virginia.

In making the national government the patron of slavery, a new sort of nationalism as a defence of that institution developed thereafter, however, and culminated in the Dred Scott decision. To justify the high-handed methods to protect the master's property right in the bondman, these jurists not only referred to the doctrines of Marshall already set forth above but relied also upon the decisions of Justice Storey, the nationalist surviving Chief Justice Marshall....