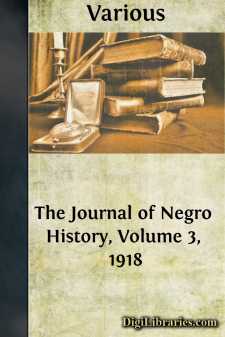 THE STORY OF JOSIAH HENSON

No one ever uttered a more forceful truth than Frederika Bremer when she said in speaking to Americans: "The fate of the Negro is the romance of your history." The sketches of heroes showing the life of those once exploited by Christian men must ever be interesting to those who would know the origin and the development of a civilization distinctly American. In no case is this more striking than in that of Josiah Henson, the man who probably was present to Harriet Beecher Stowe's mind when she graphically portrayed slavery in writing "Uncle Tom's Cabin."

Josiah Henson was born June 15, 1789, on a farm in Charles County, Maryland, where his mother was hired out. His parents had six children. The only recollection he had of his father was that of seeing his right ear cut off, his head gashed and his back lacerated, as a result of the cruel punishment inflicted upon him because he had dared to beat the overseer of the plantation for brutally assaulting the slave's wife. Because of becoming morose, disobedient and intractable thereafter, Henson's father was sold to a planter in Alabama and his relatives never heard of him again. His mother was then brought back to the estate of her owner, a Doctor McPherson, who was much kinder to his slaves. Dr. McPherson gave the youth his own name, Josiah, and the family name Henson after Dr. McPherson's uncle, who served in the Revolutionary War. Josiah showed signs of mental and religious development under the pious care of his Christian mother and for that reason became his master's favorite.

Upon the death of Doctor McPherson, however, it became necessary to sell the estate and slaves to divide his property among his heirs. The Henson family was then scattered throughout the country and worst of all Josiah was separated from his mother, notwithstanding his mother's earnest entreaty that her new master, Isaac Riley, should also purchase her baby. Instead of listening to the appeal of this afflicted woman clinging to his hands, he disengaged himself from her with violent blows. She was then taken to Riley's farm in Montgomery County. Josiah was purchased by a man named Robb, a tavern keeper living near Montgomery Court-House. Both masters were unusually cruel, in keeping with the tyrannical methods employed by planters of that time. Because of ill health resulting from the lack of proper care, Josiah became very sickly. He was then providentially restored to his mother, having been offered to her owner by Robb for a small sum, for the reason that it was thought that he would die.

His third master was "vulgar in his habits, unprincipled and cruel in his general deportment and especially addicted to the vice of licentiousness." On his plantation Henson served as water-boy, butler and finally as a field hand, experiencing the usual hardship of the slave. He ate twice a day of cornmeal and salt herring, with a little buttermilk and a few vegetables occasionally. His dress was first a single garment, something like a long shirt reaching to the ankles, later a pair of trousers and a shirt with the addition of a woolen hat once in two or three years and a round jacket or overcoat in the winter time....