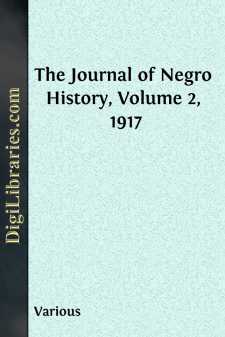 I. The Origin and Extent of Slavery in the Several Economic Zones of Africa

Slavery in Africa has existed from time immemorial, having arisen, not from any outside influence, but from the very nature of the local conditions. The three circumstances necessary to develop slavery are:

First, a country favored by the bounty of nature. Unless nature yields generously it is impossible for a subject class to produce surplus enough to maintain their masters. Where nature is niggardly, as in many hunting districts, the labor of all the population is required to meet the demands of subsistence.

Second, a country where the labor necessary to subsistence is, in some way, very disagreeable. In such cases every man and woman will seek to impose the task of production upon another. Among most primitive agricultural peoples, the labor necessary to maintenance is very monotonous and uninteresting, and no freeman will voluntarily perform it. On the contrary, among hunting and fishing peoples, the labor of maintenance is decidedly interesting. It partakes of the nature of sport.

Third, a country where there is an abundance of free land. In such a country it is impossible for one man to secure another to work for him except by coercion; for when a man has a chance to use free land and its products he will work only for himself, and take all the product for himself rather than work for another and accept a bare subsistence for himself. On the contrary, where all the land is appropriated a man who does not own land has no chance to live except at the mercy of the landlord. He is obliged to offer himself as a wage-earner or a tenant. The landlord can obtain, therefore, all the help he may need without coercion. Free labor is then economically advantageous to both the landlord and the wage-earner, since the freedom of the latter inspires greatly increased production. From these facts and considerations, verified by history, it may be laid down as a sociological law that where land is monopolized slavery necessarily yields to a regime of freedom.

In applying these principles to Africa it is necessary to take account of the natural division of the continent into distinct economic zones. Immediately under the equator is a wide area of heavy rainfall and dense forest. The rapidity and rankness of vegetable growth renders the region unsuited to agriculture. But the plentiful streams abound in fish and the forests in animals and fruits. The banana and plantain grow there in superabundance, and form the chief diet of the inhabitants. This may be called, for convenience, the banana zone. To the north and south of this zone are broad areas of less rainfall and forest, with a dry season suitable to agriculture. These may be called the agriculture zones. Still further to the north and south are areas of very slight rainfall and almost no forests, suitable for pasturage. Here cattle flourish in great numbers. These may be called the pastoral zones. These zones stretch horizontally across the continent except in case of the cattle zones, which, on account of the mountainous character of East Africa, include the plateau extending from Abyssinia to the Zambesi river....