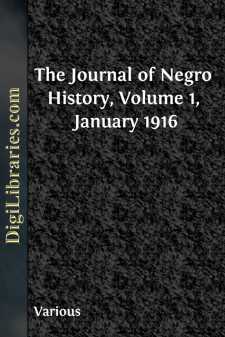 The Negroes of Cincinnati Prior to the Civil War

The study of the history of the Negroes of Cincinnati is unusually important for the reason that from no other annals do we get such striking evidence that the colored people generally thrive when encouraged by their white neighbors. This story is otherwise significant when we consider the fact that about a fourth of the persons of color settling in the State of Ohio during the first half of the last century made their homes in this city. Situated on a north bend of the Ohio where commerce breaks bulk, Cincinnati rapidly developed, attracting both foreigners and Americans, among whom were not a few Negroes. Exactly how many persons of color were in this city during the first decade of the nineteenth century is not yet known. It has been said that there were no Negroes in Hamilton County in 1800. It is evident, too, that the real exodus of free Negroes and fugitives from the South to the Northwest Territory did not begin prior to 1815, although their attention had been earlier directed to this section as a more desirable place for colonization than the shores of Africa. As the reaction following the era of good feeling toward the Negroes during the revolutionary period had not reached its climax free persons of color had been content to remain in the South. The unexpected immigration of these Negroes into this section and the last bold effort made to drive them out marked epochs in their history in this city. The history of these people prior to the Civil War, therefore, falls into three periods, one of toleration from 1800 to 1826, one of persecution from 1826 to 1841, and one of amelioration from 1841 to 1861.

In the beginning the Negroes were not a live issue in Cincinnati. The question of their settlement in that community was debated but resulted in great diversity of opinion rather than a fixedness of judgment among the citizens. The question came up in the Constitutional Convention of 1802 and provoked some discussion, but reaching no decision, the convention simply left the Negroes out of the pale of the newly organized body politic, discriminating against them together with Indians and foreigners, by incorporating the word white into the fundamental law. The legislature to which the disposition of this question was left, however, took it up in 1804 to calm the fears of those who had more seriously considered the so-called menace of Negro immigration. This body enacted a law, providing that no Negro or mulatto should be allowed to remain permanently in that State, unless he could furnish a certificate of freedom issued by some court in the United States. Negroes then living there had to be registered before the following June, giving the names of their children. No man could employ a Negro who could not show such a certificate. Hiring a delinquent black or harboring or hindering the capture of a runaway was punishable by a fine of $50 and the owner of a fugitive thus illegally employed could recover fifty cents a day for the services of his slave.

As the fear of Negro immigration increased the law of 1804 was found to be inadequate. In 1807, therefore, the legislature enacted another measure providing that no Negro should be permitted to settle in Ohio unless he could within twenty days give a bond to the amount of $500, guaranteeing his good behavior and support. The fine for concealing a fugitive was raised from $50 to $100, one half of which should go to the informer. Negro evidence against the white man was prohibited. This law together with that of 1830 making the Negro ineligible for service in the State militia, that of 1831 depriving persons of color of the privilege of serving upon juries, and that of 1838 prohibiting the education of colored children at the expense of the State, constituted what were known as the "Black Laws."

Up to 1826, however, the Negroes of Cincinnati had not become a cause of much trouble....