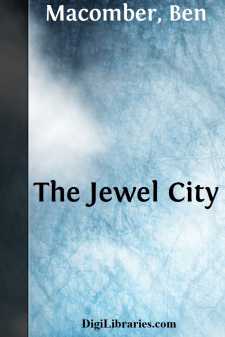 No more accurate account of the Panama-Pacific International Exposition has been given than one that was forced from the lips of a charming Eastern woman of culture. Walking one evening in the Fine Arts colonnade, while the illumination from distant searchlights accented the glory of Maybeck's masterpiece, and lit up the half-domes and arches across the lagoon, she exclaimed to her companion: "Why, all the beauty of the world has been sifted, and the finest of it assembled here!"

This simple phrase, the involuntary outburst of a traveled visitor, will be echoed by thousands who feel the magic of what the master artists and architects of America have done here in celebration of the Panama Canal. I put the "artists" first, because this Exposition has set a new standard. Among all the great international expositions previously held in the United States, as well as those abroad, it had been the fashion for managers to order a manufactures building from one architect, a machinery hall from another, a fine arts gallery from a third. These worked almost independently. Their structures, separately, were often beautiful; together, they seldom indicated any kinship or common purpose. When the buildings were completed, the artists were called in to soften their disharmonies with such sculptural and horticultural decoration as might be possible.

The Exposition in San Francisco is the first, though it will not be the last, to subject its architecture to a definite artistic motive. How this came about it is the object of the present book to tell,—how the Exposition was planned as an appropriate expression of America's joy in the completion of the Canal, and how its structures, commemorating the peaceful meeting of the nations through that great waterway, have fitly been made to represent the art of the entire world, yet with such unity and originality as to give new interest to the ancient forms, and with such a wealth of appropriate symbolism in color, sculpture and mural painting as to make its great courts, towers and arches an inspiring story of Nature's beneficence and Man's progress.

Much of Mr. Macomber's text was written originally for The San Francisco Chronicle, to which acknowledgment is made for its permission to reprint his papers. The popularity of these articles, which have been running since February, has testified to their usefulness. In many cases they have been preserved and passed from hand to hand. They have also won the endorsement of liberal use in other publications. It is proper to say, however, that similarity of language sometimes indicates a common following of the artists' own explanations of their work, made public by the Exposition management.

Mr. Macomber has revised and amplified his chapters hitherto published, and has added others briefly outlining the history of the Exposition, and dealing with the fine-arts, industrial, and livestock exhibits, the foreign and state buildings, music, sports, aviation, and the amusement section....