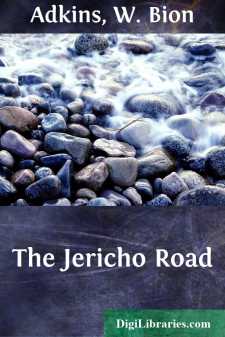 On April 26, 1819, Thomas Wildey, the English carriage-spring maker, together with John Welch, John Duncan, John Cheatham and Richard Rushworth, instituted the first lodge of Odd-Fellows at the Seven Stars Tavern in Baltimore, and it was given the name of Washington Lodge No. 1. From this feeble beginning has grown the immense organization of today. The Odd-Fellows claim a venerable antiquity for their order, the most common account of its origin ascribing it to the Jewish legend under Titus, who, it is said, received from that Emperor the first chapter, written on a golden tablet. The earliest mention made of the lodge is in 1745, when one was organized in England. There were at that time several lodges independent of each other, but in a few years they formed a union. Toward the end of the century many of them were broken up by state prosecutions, on suspicion that their purposes were seditious. The name was changed from the Patriotic Order to that of the Union Order of Odd-Fellows. In Manchester, England, in 1813, some of the lodges seceded from the order, and formed the Independent Order of Odd-Fellows.

The order's first appearance in America was in 1819. The purposes of the order were so changed by the founders here, that it is said to be almost purely an American organization. It was based on the Manchester Unity, which was really the parent institution. In 1842, this country severed its connection with that of England.

Lodges connected with either those of England or America are established in all parts of the world. The real estate held by the organization exceeds in value $20,000,000, and there is scarcely a town in the country that has not its Odd-Fellows Building. The total revenue of the order is nearly $10,000,000 per annum. Yearly relief amounts to nearly $4,000,000 a year.

"A traveler passed down the Jericho road,  He carried of cash a pretty fair load  (The savings of many a toilsome day),  On his Jericho home a mortgage to pay.

"At a turn of the road, in a lonely place,  Two villainous men met him face to face.  'Hands up!' they cried, and they beat him sore,  Then off to the desert his money they bore.

"Soon a priest came by who had a fold;  He sheared his sheep of silver and gold.  He saw the man lie bruised and bare,  But he passed on by to his place of prayer.

"Then a Levite, temple bound, drew nigh;  He saw the man, but let him lie,  And clad in silk, and filled with pride,  He passed him by on the other side.

"Next on the way a Samaritan came  (To priest and Levite a hated name);  The wounded man he would not pass,  He tenderly placed him on his ass.

"He took him to an inn hard by;  He dressed his wounds and bathed his eye;  He paid the landlord his full score;  If more was needed would pay him more.

"Ah! many travel the Jericho way,  And many are robbed and beaten each day;  And many there be on the way in need,  Whom Priest or Levite never heed;  And who to fate would yield, alas...!