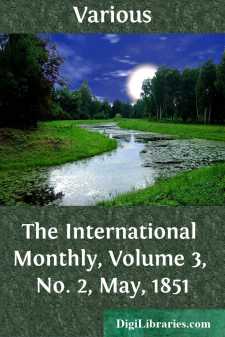 We have here a capital portrait of the editor in chief of the New Orleans Picayune, George W. Kendall, who, as an editor, author, traveller, or bon garçon, is world-famous, and every where entitled to be chairman in assemblies of these several necessary classes of people. Take him for all in all, he may be described as a new Chevalier Bayard, baptized in the spirit of fun, and with a steel pen in lieu of a blade of Damascus. He is a Vermonter—of the state which has sent out Orestes Brownson, Herman Hooker, the Coltons, Hiram Powers, Hannah Gould, and a crowd of other men and women with the sharpest intellects, and for the most part the genialist tempers too, that can be found in all the country. His boyhood was passed in the delightful village of Burlington, from which, when he was of age, he came to New-York, and here he lived until about the year 1835, when he went to New Orleans, where his subsequent career may be found traced in the most witty and brilliant and altogether successful journal ever published in the southern or western states.

Partly for the love of adventure and partly for advantage to his health, in the spring of 1841 Mr. Kendall determined to make an excursion into the great south-western prairies, and the contemplated trading expedition to Santa-Fe offering escort and agreeable companions, he procured passports from the Mexican vice-consul at New-Orleans, and joined it, at Austin. The history of this expedition has become an important portion of the history of the nation, and its details, embracing an account of his own captivity and sufferings in Mexico, were written by Mr. Kendall in one of the most spirited and graphic books of military and wilderness adventure, vicissitude, and endurance, that has been furnished in our times. The work was published in two volumes, by the Harpers, in 1844. It has since passed through many editions, and for the fidelity and felicity, the bravery and bon hommie, that mark all its pages, it is likely to be one of the choicest chronicles that will be quoted from our own in the new centuries.

After the publication of his narrative of the Santa Fe Expedition, Mr. Kendall resumed his more immediate services in the Picayane—always, it may be said without injustice to his associates, most attractive under his personal supervision; and in the angry and war-tending controversies with Mexico which filled the public mind in the succeeding years, he was one of the calmest as well as wisest of our journalists. When at length the conflict came on, he attended the victorious Taylor as a member of his staff along the mountains and valleys which that great commander marked with the names of immortal victories, and had more than satisfaction for all griefs of his own in seeing the flag of his country planted in every scene in which his country had been insulted in his own person.

Upon the conclusion of the war, Mr. Kendall commenced the preparation of the magnificent work which has lately been published in this city by the Appletons, under the title of The War between the United States and Mexico, by George W. Kendall, illustrated by pictorial drawings by Carl Nebel. Mr. Nebel may be regarded as one of the best battle-painters living. He accompanied Mr. Kendall during the war, and made his sketches while on the several fields where he had witnessed the movements of the contending armies; and in all the accessories of scenery, costume, and general effect, he has unquestionably been as successful as the actors in the drama admit him to have been in giving a vivid and just impression of the distinguishing characteristics of each conflict. The subjects of the plates are the Bombardment of Vera Cruz, the Battle of Cerro Gordo, the Storming of Chepultepec, the Assault on Contreras, the Battle of Cherubusco, the Attack on Molino del Rey, General Scott's Entrance into Mexico, the Battle of Buena Vista, the Battle of Palo Alto, and the Capture of Monterey. In some cases, there are two representations of the same scene, taken from different points of view. These have all been reproduced in colored lithography by the best artists of Paris. The literary part of the work, comprising very careful and particular accounts of these events, is excellently written—so compactly and perspicuously, with so thorough a knowledge and so pure a taste, as to be deserving of applause among models in military history. Mr. Kendall passed about two years in Europe for the purpose of superintending its publication, and its success must have amply satisfied the most sanguine anticipations with which he entered upon its composition.

New England is largely represented among the leading editors of the South and West, and it is a little remarkable that the two papers most conspicuous as representatives of the idiosyncrasies which most obtain in their respective states—the Picayune and George D. Prentice's Louisville Journal—are conducted by men from sections most antagonistical in interest and feeling, men who have carried with them to their new homes and who still cherish there all the reciprocated affections by which they were connected with the North....