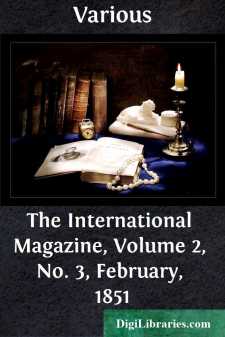 In the history of English literature there is no name that inspires a profounder melancholy than that of the "marvellous boy" Chatterton, of whom it must be said that in genius he surpassed any one who ever died so young, and that in suffering he had larger experience than almost any one who has lived to old age. Shelley says of him:

"'Mid others of less note came one frail form,A phantom among men; companionlessAs the last cloud of an expiring storm,Whose thunder is its knell; he, as I guess,Had gazed on Nature's naked loveliness,Aclæon-like, and now he fled astray,With feeble steps o'er the world's wilderness,And his own thoughts along that rugged wayPursued, like raging hounds, their father and their prey."

And Wordsworth, Coleridge, Keats, Byron, Southey, Scott, Kirke White, Landor, Montgomery, and others, have laid immortal flowers upon his tomb, to make the heart ache that we did not live in time to save the "sleepless soul" from "perishing in his pride."

Of the genius of poor Chatterton, Campbell says, "I would rather lean to the utmost enthusiasm of his admirers, than to the cold opinion of those who are afraid of being blinded to the defects of the poems attributed to Rowley, by the veil of obsolete phraseology which is thrown over them. If we look to the ballad of Sir Charles Bawdin, and translate it into modern English, we shall find its strength and interest to have no dependence on obsolete words. The inequality of his various productions may be compared to the disproportions of the ungrown giant. His works had nothing of the definite neatness of that precocious talent which stops short in early maturity. His thirst for knowledge was that of a being taught by instinct to lay up materials for the exercise of great and undeveloped powers. Even in his favorite maxim, that a man by abstinence and perseverance might accomplish whatever he pleased, may be traced the indications of a genius which nature had meant to achieve immortality. Tasso alone can be compared to him as a juvenile prodigy."

Mrs. S. C. Hall gives us, in her "Pilgrimages to English Shrines," in the Art Journal, the following interesting sketches of scenes connected with his history:—

Chatterton—poor Chatterton! We had been brooding sadly over his fragment of a life, ending at seventeen—when ordinary lives begin—and turning page after page of Horace Walpole's literary fooleries, to find his explanations and apologies for want of feeling and sympathy, which his flippant style, and heartless commentaries, illustrate to perfection; and we closed, with an aching heart, the volumes of both the parasite of genius, and him who was its mightiest creation and most miserable victim:—

"The marvellous boy who perished in his pride."

It was only natural for us to recall the many instances we have ourselves known, during the past twenty years, or more, of sorrow and distress among those who sought distinction in the thorny labyrinths of literature;—those who

——"waged with Fortune an eternal war,Checked by the scoff of Pride, by Envy's frown,And Poverty's unconquerable bar;"

and those who, after a brief struggle with untoward fate, left the battle-field, to die, "unpitied and unknown!"

We have seen the career of a young literary man commenced with the first grand requisite of all excellence worth achieving—enthusiasm; high notions of moral honor, and a warm devotedness to that "calling" which lifts units to a pinnacle formed by the dry bones of hundreds slain. We have seen that enthusiasm frozen by disappointment—that honor corrupted by the contamination of dissipated men—that devotedness to the cause fade away before the great want of nature—want of bread—which it had failed to bestow. We have seen, ay, in one little year, the flashing eye dimmed—the round cheek flattened—the bright, hopeful creature, who went forth into the world—rejoicing like the sun to run his course—dragged from the waters of our leaden Thames, a discolored remnant of mortality—recognized only by the mother who looked to him for all the world could give!

This is horrible—but it is a tragedy soon played out. There are hundreds at this moment possessed of the consciousness of power without the strength to use it. To such, a little help might lead to a life of successful toil—perhaps the happiest life a man can lead. A heritage of usefulness is one of peace to the last. We knew another youth, of a more patient nature than he of whom we have just spoken. He seemed never weary. We have witnessed his nightly toil; his daily labor; the smiling patience with which he endured the sneers levelled, only in English society, against "mere literary men." We remember when, on the first day of every month, he used to haunt the booksellers' shops to look over the magazines, cast his eyes down the table of contents, just to see if "his poem" or "his paper" had been inserted—then lay them down one after another with a pale sickly smile, expressive of disappointment, and turn away with a look of gentle endurance....