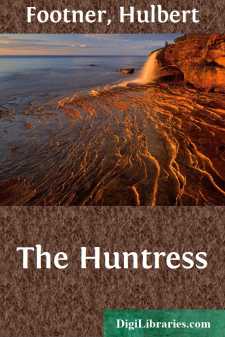 CHAPTER I THE FISH-EATERS' VILLAGE

From within the teepee of Charley Whitefish issued the sounds of a family brawl. It was of frequent occurrence in this teepee. Men at the doors of other lodges, engaged in cleaning their guns, or in other light occupations suitable to the manly dignity, shrugged with strong scorn for the man who could not keep his women in order. With the shrugs went warning glances toward their own laborious spouses.

Each man's scorn might well have been mitigated with thankfulness that he was not cursed with a daughter like Charley's Bela. Bela was a firebrand in the village, a scandal to the whole tribe. Some said she was possessed of a devil; according to others she was a girl born with the heart of a man.

This phenomenon was unique in their experience, and being a simple folk they resented it. Bela refused to accept the common lot of women. It was not enough for her that such and such a thing had always been so in the tribe.

She would not do a woman's tasks (unless she happened to feel like it); she would not hold her tongue in the presence of men. Indeed, she had been known to talk back to the head man himself, and she had had the last word into the bargain.

Not content with her own misbehaviour, Bela lost no opportunity of gibing at the other women, the hard-working girls, the silent, patient squaws, for submitting to their fathers, brothers, and husbands. This naturally enraged all the men.

Charley Whitefish was violently objurgated on the subject, but he was a poor-spirited creature who dared not take a stick to Bela. It must be said that Bela did not get much sympathy from the women. Most of them hated her with an astonishing bitterness.

As Neenah, Hooliam's wife, explained it to Eelip Moosa, a visitor in camp: "That girl Bela, she is weh-ti-go, crazy, I think. She got a bad eye. Her eye dry you up when she look. You can't say nothing at all. Her tongue is like a dog-whip. I hate her. I scare for my children when she come around. I think maybe she steal my baby. Because they say weh-ti-gos got drink a baby's blood to melt the ice in their brains. I wish she go way. We have no peace here till she go."

"Down the river they say Bela a very pretty girl," remarked Eelip.

"Yah! What good is pretty if you crazy in the head!" retorted Neenah. "She twenty years old and got no husband. Now she never get no husband, because everybody on the lake know she crazy. Two, three years ago many young men come after her. They like her because she light-coloured, and got red in her cheeks. Me, I think she ugly like the grass that grows under a log. Many young men come, I tell you, but Bela spit on them and call fools. She think she better than anybody.

"Last fall Charley go up to the head of the lake and say all around what a fine girl he got. There was a young man from the Spirit River country, he say he take her. He come so far he not hear she crazy. Give Charley a horse to bind the bargain. So they come back together. It was a strong young man, and the son of a chief. He wear gold embroidered vest, and doeskin moccasins worked with red and blue silk. He is call Beavertail.

"He glad when he see Bela's pale forehead and red cheeks. Men are like that. Nobody here tell him she crazy, because all want him take her away. So he speak very nice to her. She show him her teeth back and speak ugly. She got no shame at all for a woman. She say: 'You think you're a man, eh? I can run faster than you. I can paddle a canoe faster than you. I can shoot straighter than you!' Did you ever hear anything like that?

"By and by Beavertail is mad, and he say he race her with canoes. Everybody go to the lake to see. They want Beavertail to beat her good. The men make bets. They start up by Big Stone Point and paddle to the river. It was like queen's birthday at the settlement. They come down side by side till almost there. Then Bela push ahead. Wa! she beat him easy. She got no sense.

"After, when he come along, she push him canoe with her paddle and turn him in the water. She laugh and paddle away. The men got go pull Beavertail out. That night he is steal his horse back from Charley and ride home.

"Everybody tell the story round the lake. She not get a husband now I think. We never get rid of her, maybe. She is proud, too. She wash herself and comb her hair all the time. Foolishness. Treat us like dirt....