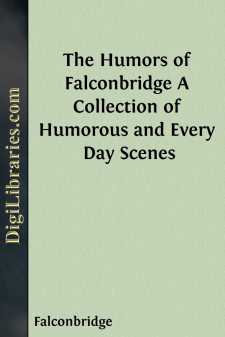 The life of a literary man offers but few points upon which even the pens of his professional brethren can dwell, with the hope of exciting interest among that large and constantly increasing class who have a taste for books. The career of the soldier may be colored by the hues of romantic adventure; the politician may leave a legacy to history, which it would be ingratitude not to notice; but what triumphs or matters of exciting moment can reasonably be hoped for in the short existence of one who has merely been a writer for the press? After death has stilled the pulses of a generous man such as Mr. Kelly was, it is with small anticipation of rendering a satisfactory return, that any one can undertake to sketch the principal events of his life.

It is, perhaps, a matter for felicitation that Mr. Kelly has been his own autobiographer. His narratives and recitals are nearly all personal. They are mostly the results of his own observation and experience; and those who, in accordance with a practice we fear now too little attended to, read the Preface before the body of the work, will, we trust, understand that the stories in which "Falconbridge" claims to have been an actor, are to be received with as much confidence as truthful accounts, as if some Boswell treasured them up with care, and minutely detailed them for the admiration of those who should follow after him.

Jonathan F. Kelly was born in Philadelphia, on the 14th day of August, A. D. 1817. Young Jonathan was, at the proper age, placed at school, where he acquired the rudiments of a plain English education, sufficient to enable him, with the practice and experience to be gained in the world, to improve the advantages derived from his tuition. He was, while yet a boy, placed for a time in a grocery store, and subsequently was employed by Lewis W. Glenn, a perfumer, whose place of business was then in Third street above Walnut.

In 1837, Jonathan, being of the age of nineteen years, determined to go out into the world to seek adventure and fortune. He accordingly set out for that great region to which attention was then turned—the Western country. Having but slight means to pay the expenses of traveling, he walked nearly the whole of the journey. At Chillicothe, in Ohio, his wanderings were for a time ended. The exposure to which he had been subjected, caused a very severe attack of pleurisy. It happened most fortunately for him that a kind farmer, Mr. John A. Harris, pitied the boy; whose sprightliness, social accomplishments, and good conduct, had made a favorable impression. He was taken into Mr. Harris' family, and assiduously nursed during an indisposition which lasted more than two months. This circumstance appeased his roving disposition for a time, and he remained upon the farm of his good friend, Mr. Harris, for two years, making himself practically acquainted with the life and toils of an agriculturist. In 1839, he concluded to return to Philadelphia, where he remained for a time with his family. But the spirit of adventure returned. He connected himself with a theatrical company, and traveling through Delaware, Maryland, and Virginia, was finally checked in his career at Pittsburg, where he undertook the management of a hotel. This business not being congenial, he soon sold out the establishment, and returned to Philadelphia. He shortly afterwards started away on a theatrical tour, which extended through most of the Southern States, and into Texas. In this tour, Mr. Kelly went through a great variety of adventures, saw many strange scenes, and obtained a fund of amusing experience, which afterward served him to great advantage in his literary sketches. After having thoroughly exhausted his roving desires, he returned to Philadelphia, where, indeed, upon his previous visit, he had become subject to a new attraction, the most powerful which could be found to restrain his wandering impulses....