The Huguenots in France 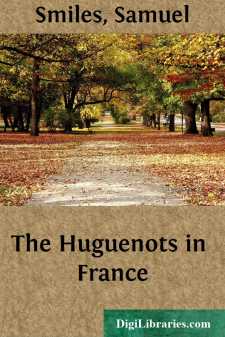 REVOCATION OF THE EDICT OF NANTES.

The Revocation of the Edict of Nantes was signed by Louis XIV. of France, on the 18th of October, 1685, and published four days afterwards.

Although the Revocation was the personal act of the King, it was nevertheless a popular measure, approved by the Catholic Church of France, and by the great body of the French people.

The King had solemnly sworn, at the beginning of his reign, to maintain, the tolerating Edict of Henry IV.—the Huguenots being amongst the most industrious, enterprising, and loyal of his subjects. But the advocacy of the King's then Catholic mistress, Madame de Maintenon, and of his Jesuit Confessor, Père la Chaise, overcame his scruples, and the deed of Revocation of the Edict was at length signed and published.

The aged Chancellor, Le Tellier, was so overjoyed at the measure, that on affixing the great seal of France to the deed, he exclaimed, in the words of Simeon, "Lord, now lettest thou thy servant depart in peace, for mine eyes have seen the salvation."

Three months later, the great Bossuet, the eagle of Meaux, preached the funeral sermon of Le Tellier; in the course of which he testified to the immense joy of the Church at the Revocation of the Edict. "Let us," said he, "expand our hearts in praises of the piety of Louis. Let our acclamations ascend to heaven, and let us say to this new Constantine, this new Theodosius, this new Marcian, this new Charlemagne, what the thirty-six fathers formerly said in the Council of Chalcedon: 'You have affirmed the faith, you have exterminated the heretics; it is a work worthy of your reign, whose proper character it is. Thanks to you, heresy is no more. God alone can have worked this marvel. King of heaven, preserve the King of earth: it is the prayer of the Church, it is the prayer of the Bishops.'"

Madame de Maintenon also received the praises of the Church. "All good people," said the Abbé de Choisy, "the Pope, the bishops, and all the clergy, rejoice at the victory of Madame de Maintenon." Madame enjoyed the surname of Director of the Affairs of the Clergy; and it was said by the ladies of St. Cyr (an institution founded by her), that "the cardinals and the bishops knew no other way of approaching the King save through her."

It is generally believed that her price for obtaining the King's consent to the Act of Revocation, was the withdrawal by the clergy of their opposition to her marriage with the King; and that the two were privately united by the Archbishop of Paris at Versailles, a few days after, in the presence of Père la Chaise and two more witnesses. But Louis XIV. never publicly recognised De Maintenon as his wife—never rescued her from the ignominious position in which she originally stood related to him.

People at court all spoke with immense praises of the King's intentions with respect to destroying the Huguenots. "Killing them off" was a matter of badinage with the courtiers. Madame de Maintenon wrote to the Duc de Noailles, "The soldiers are killing numbers of the fanatics—they hope soon to free Languedoc of them."